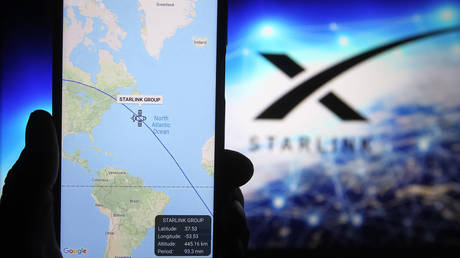 Outages of the Starlink communications system have led to “catastrophic” loss of communication between Ukrainian troops as they battled Russian forces, Financial Times reported on Friday. The news triggered concerns that Elon Musk may have done something to the service in response to Ukrainian denunciations of his peace plan, but the SpaceX magnate called FT’s article “bad reporting.”

Musk gave Ukraine thousands of Starlink terminals back in March, helping Kiev’s military to “operate drones, receive vital intelligence updates and communicate with each other in areas where there are no other secure networks,” as FT described it.

In recent weeks, as Ukrainian forces moved into territory previously controlled by Russian forces, the systems stopped working on multiple occasions. One senior Ukrainian official told FT this led to a “catastrophic” loss of communication, including during “pitched battles.” Failures were “widespread” and “prompted panicked calls from soldiers to helplines,” said another official.

Roman Sinitsin, who runs a nonprofit that directs Starlinks to the Ukrainian military, said the problem may have been due to Musk’s SpaceX having a block on the signal in Russian-held areas.

“It is absolutely clear to me that this is being done by representatives of Starlink to prevent the usage of their technology by Russian occupation forces,” Sinitsin told FT, urging SpaceX to coordinate more closely with the Ukrainian military. 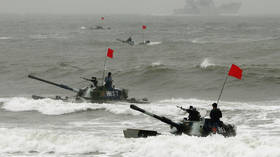 The same theory was embraced by Aiden “Cossackgundi” Aslin, a British mercenary freed in a recent POW swap. “This is just a slight problem, I think will be fixed as temporary lines are drawn out,” he tweeted. 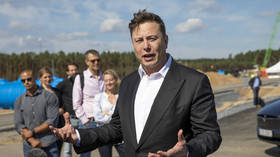 Reacting to the report, US Congressman Adam Kinzinger – an outspoken Ukraine supporter – tweeted that the outage “should be investigated” as a “national security issue.” The Illinois Republican’s concern came after Musk had made a peace proposal for Ukraine that was furiously rejected by both Kiev and its backers in the West.

While Musk did not respond to FT’s request for comment, he addressed the story publicly.

“Bad reporting by FT,” he tweeted on Friday. “This article falsely claims that Starlink terminals & service were paid for, when only a small percentage have been. This operation has cost SpaceX $80M & will exceed $100M by end of year. As for what’s happening on the battlefield, that’s classified.”

He later added that he was “in regular contact” with Ukraine’s digital minister Mikhail Fedorov, as well as “quite a few” other parties to the conflict.

“Trying to do the right thing, which is not always clear,” Musk added. (RT)