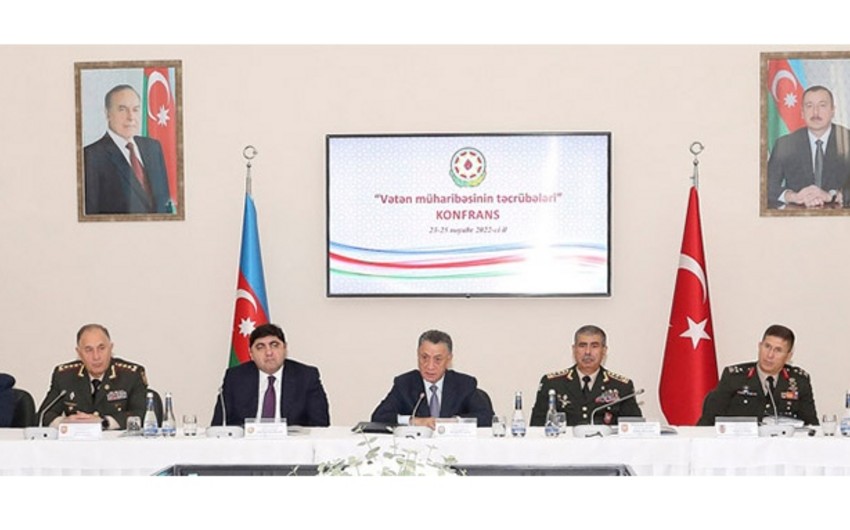 Military equipment is transported to the territory of Azerbaijan, where the Russian peacekeeping contingent is temporarily stationed, First Deputy Chief of the State Security Service (SSS) Jeyhun Shadlinski said at the conference on “Experiences of the Patriotic War” organized by the Service of the Secretary of the Security Council of Azerbaijan held on November 23 at the “Shohrat” museum of the SSS Academy named after Heydar Aliyev.

Secretary of the Security Council, Colonel-General Ramil Usubov, Minister of Defense, Colonel-General Zakir Hasanov, SSS First Deputy Chief, Lieutenant-General Jeyhun Shadlinski, Head of the State Service for Special Communications and Information Security, Lieutenant-General Ilgar Musayev, the head of the State Agency for the Protection of Strategic Objects of Azerbaijan, Major General Ilgar Abbasov, leading employees of law enforcement and other state agencies, representatives of the General Staff of the Turkish Armed Forces and the General Secretariat of the National Security Council attended the conference. The conference’s purpose is to ensure the analysis of the results of the Patriotic War and the exchange of military experience gained in the war between the relevant institutions.