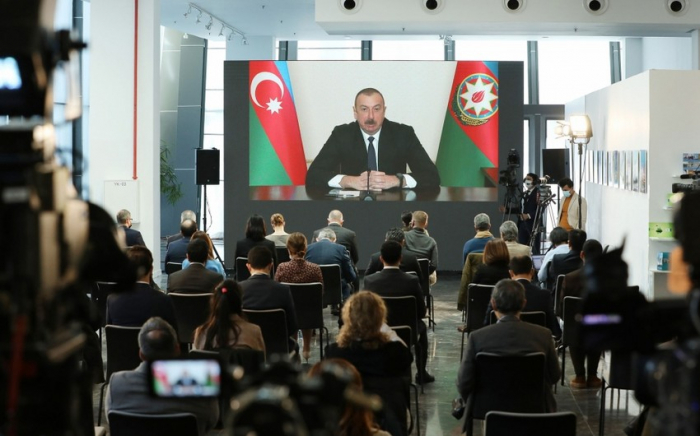 The article, entitled “Ilham Aliyev stated that Armenia must comply with the statement on a ceasefire despite the internal crisis” refers to the Azerbaijani leader’s remarks: “The political crisis that erupted in Armenia after the defeat in the war Nagorno-Karabakh is an internal affair of this country, but it should not impede the implementation of the statement on a ceasefire.”

“Ilham Aliyev is confident that if Armenia does not fulfill the provisions of the trilateral statement signed by the Azerbaijani president, the Armenian prime minister and the Russian president, it will find itself in an even more difficult situation,” the article says.

The Spanish news agency writes that most of the nine provisions of the statement have already been fulfilled, but, according to President Aliyev, some aspects of this document are currently being discussed. “Baku’s victory in the war over Nagorno-Karabakh, a territory recognized worldwide as part of Azerbaijan, but inhabited by ethnic Armenians, has created new realities, and Armenia needs to come to terms with these realities.”

“The Azerbaijani leader also assured that all prisoners of war have been handed over to Armenia. More than 60 Armenian soldiers are terrorists, and therefore they are not considered POWs,” EFE agency writes.

It also stresses that President Aliyev did not rule out normalizing relations with Armenia and signing a peace treaty at some point in the future, although the statement of 10 November 2020 is itself an act of Armenia’s capitulation and serves de facto as a peace treaty.

The agency adds: “President Aliyev reiterated that the issue of Karabakh’s status is not and will not be on the agenda, and talks on this issue do not promote peace, on the contrary, are aimed at creating a confrontation.”