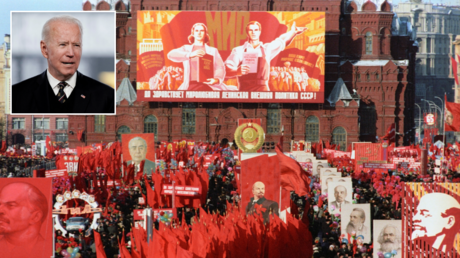 Russia has none of the “messianic fervor” of Western states such as the US, its foreign minister said this week, as the nations’ leaders prepare to meet. No longer the Third Rome, Moscow is seeking a more modest role in the world.

The author Fyodor Dostoevsky had a grand vision for the country. Russia, he believed, would lead the West back to Christ and bring about “universal, spiritual reconciliation.” This it could do, he felt, because its people supposedly had a “capability for high synthesis, a gift for universal reconcilability.”

The Russian, Dostoevsky wrote, “gets along with everyone and is accustomed to all. He sympathizes with all that is human, regardless of nationality, blood, and soil.” By contrast, those on the other side of the continent, the novelist added, “find a universal human ideal in themselves and by their own power, and therefore they altogether harm themselves and their cause.”

Russians, in other words, seek to reconcile all, while Westerners believe their own ideals are universal and seek to sp

One may justifiably doubt such sweeping generalizations. But as Russia’s president, Vladimir Putin, prepares to meet the leader of the Western world, Joe Biden, next week, these different approaches to the world were on display in Russian and American public rhetoric.

First, on the eve of the G7 summit in London, which begins on Friday, the New York Times noted that Biden is casting his trip to Europe “as an effort to rally the United States and its allies in an existential battle between democracy and autocracy.”

“We have to discredit those who believe that the age of democracy is over, as some of our fellow nations believe,” the president said. “I believe we’re at an inflection point in world history,” he added. “A moment where it falls to us to prove that democracies don’t just endure, but will excel as we rise to seize enormous opportunities in the new age.”

An altogether different view, however, came from Russia’s foreign minister, Sergey Lavrov. In a riposte to Biden’s assertion that a struggle between Western liberalism and other systems was inevitable, Lavrov declared that Russia had no interest in a competition for ideological or geopolitical domination. Moscow, he said, “has no superpower ambitions, regardless of how much people try to convince themselves and everyone else otherwise.”

The top diplomat claimed that the country simply doesn’t “have the messianic fervor with which our Western colleagues are trying to spread their ‘values-based democratic agenda’ throughout the planet. It has long been clear to us that the imposition of a certain development model from the outside does nothing good.”

Read more:   Russia to increase number of flights to Azerbaijan

Lavrov’s rejection of the West’s “messianic fervor” deserves attention, for it has long been a habit of Russia-watchers to accuse the country of being guilty of precisely that inclination.

Also on rt.com Russia has no superpower ambitions & zero interest in being world’s ‘messiah’ or imposing its way of life abroad, Lavrov insists

In recent years, this accusation has often accompanied claims that the Kremlin seeks to appoint itself as an “international conservative power” leading a “right-wing international” devoted to a worldwide struggle with Western liberalism. According to American scholar Chrissy Stroop, this “right-wing iteration of moral exceptionalism” is founded on “the sense of moral superiority of Russian civilization.” This discourse of moral superiority, Stroop claims, is “essentially imperial.”

Russian messianism is often said to date back to the early 16th century and the writings of the monk Filofei of Pskov, who branded Moscow the “Third Rome” – the successor to both the Italian capital and the city of Constantinople as the beacon at the helm of the Christian world. “All Christian empires will perish and give way to the one kingdom of our ruler,” wrote Filofei, “for two Romes have fallen, but the third stands, and there will never be a fourth.”

Filofei’s objective was to remind the Grand Prince of Moscow of his moral responsibilities as a Christian ruler. But the idea of Moscow as the “Third Rome” in due course acquired different connotations: namely, that Russia sees itself as an exceptional nation with a special mission to save the world. 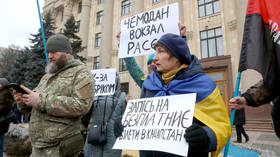 Ukrainian plan for new ‘race law,’ which refuses to recognize Russians as ‘indigenous people,’ has echoes of Hitler, Putin warns

Over time, this messianic impulse acquired a number of different forms. In the mid-19th century, for instance, Slavophile philosophers posited the theory that Russia alone retained an “integrated” worldview that in the West had been replaced by a “one-sided” materialistic rationalism. By resisting Westernization, Russia would preserve the true faith and, in time, be able to export it back to the West, so saving it from its moral decay. Parallels with modern Russian discourse about defending traditional values against Western decadence are not hard to find. (RT)