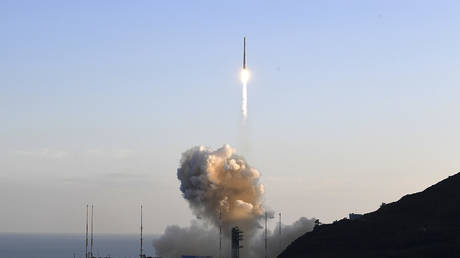 Though the rocket was launched successfully on Thursday evening, achieving an altitude of 700km, the deployment of the payload – a dummy satellite – into orbit was not successful. (RT)