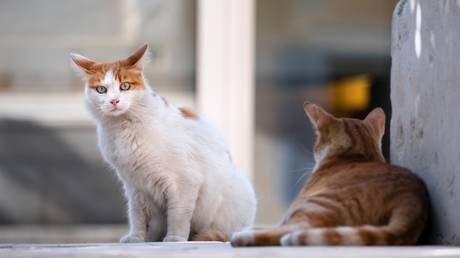 A South Korean animal rights group has asked President Moon Jae-in to stop the activities of a man who has allegedly murdered more than 1,000 street cats. The police are now investigating the case.

The authorities are investigating the suspicious deaths of several stray cats in the city of Daejeon after locals reported finding animal carcasses near meat laced with rat poison, the Korea Times newspaper reported.

Officers took one such carcass and the contaminated meat for analysis, and are studying CCTV footage from the city’s Sintanjin area. They are also searching for a person who bought rat poison about a month ago from a local drugstore.

Animal rights activists said that every day they have been finding over 30 pieces of raw and cooked chicken sprayed with substance used to kill rodents, and that they have seen more than 1,000 dead cats over the past 13 years in the area. They have also pointed out that toxic chemicals left on the streets can also potentially hurt dogs and even children.

The Animal Rescue Korea 119 group believes that the person behind the cat killings is a man in his 70s. (RT)