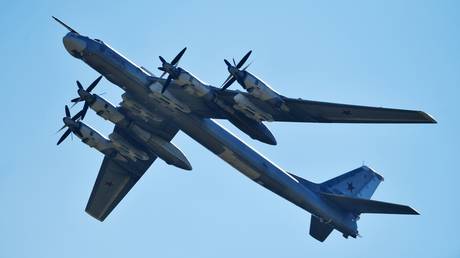 South Korea says it has scrambled fighter jets after Chinese and Russian warplanes made their way into the country’s air defense identification zone (KADIZ) early on Wednesday.

Several hours later, the Chinese planes returned from the Sea of Japan in the area of Ulleung Island together with six Russian warplanes, including TU-95 strategic bombers and SU-35 fighter jets, it added.

Seoul said it deployed its F-15K fighter jets in the air as a tactical move against a potential accidental situation.

The Russian and Chinese warplanes did not violate South Korean airspace, the JCS stressed. 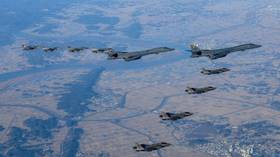 An air defense identification zone goes beyond the country’s airspace. Declared by each state unilaterally, it’s aimed at giving approaching planes more time to identify themselves to avoid potential incidents.

South Korean news agency Yonhap pointed out that Chinese and Russian aircraft were spotted within the KADIZ when “South Korea is pushing to strengthen its alliance with the United States amid an intensifying Sino-US rivalry, while maintaining its opposition to Russia’s invasion of Ukraine.”

Moscow and Beijing have been carrying out joint aerial missions in the region as part of their military cooperation plan. Both Russia and China insist that the flights of its strategic aviation aren’t aimed against third countries and take place in line with international law.