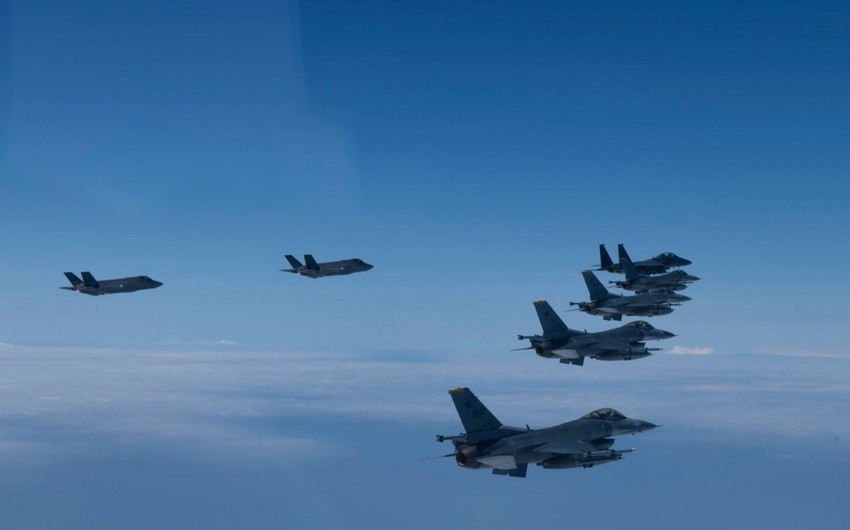 The rare bombing drill by at least eight North Korean fighter jets and four bombers prompted the South to deploy 30 fighters. The warplanes swarmed each side of the heavily fortified border amid rising tensions over a string of missile tests by Pyongyang.

North Korea fired two short-range ballistic missiles into the sea on Thursday in the direction of Japan, just an hour after condemning the repositioning of a US aircraft carrier to the region, and a UN Security Council meeting held in New York.

North Korea has launched about 40 missiles this year, including its largest intercontinental ballistic missiles (ICBMs), and appears ready to hold its first nuclear test since 2017, officials in Seoul and Washington have said.

Thursday’s launches followed the return of the carrier, USS Ronald Reagan, to waters off the Korean peninsula, and a UN Security Council meeting held in response to the North’s recent tests.