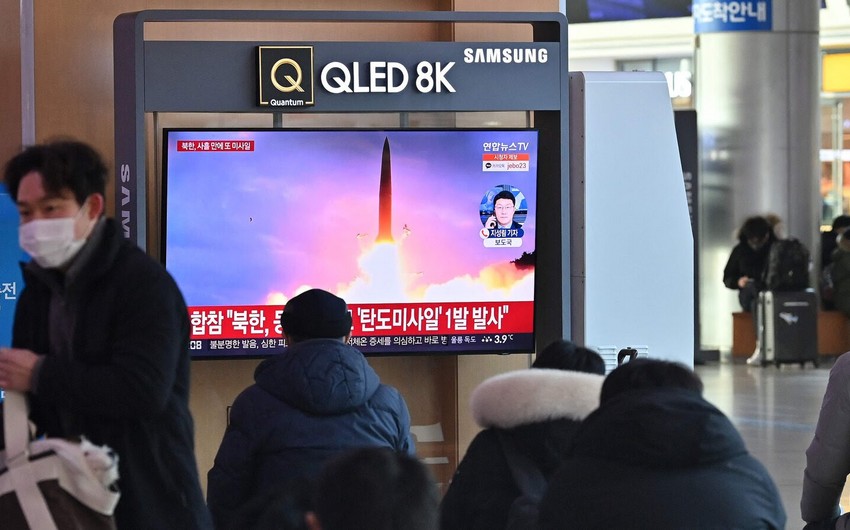 South Korea’s presidential National Security Council (NSC) on Sunday condemned North Korea’s test-firing of a short-range ballistic missile as a “provocation” that heightened tensions on the Korean Peninsula and the region, Report informs referring to Yonhap.

President Yoon Suk-yeol was briefed about the North’s launch of the ballistic missile, the presidential office said.

The NSC “condemns the ballistic missile launch as a clear violation of UN Security Council resolutions and a provocation that heightens tensions on the Korean Peninsula and the region, and makes it clear that it cannot be justified for any reason,” according to the office.

The NSC also took note of the North’s missile launch because it was the first test-firing since Pyongyang adopted a law that enshrines its readiness to launch preventive nuclear strikes earlier this month.