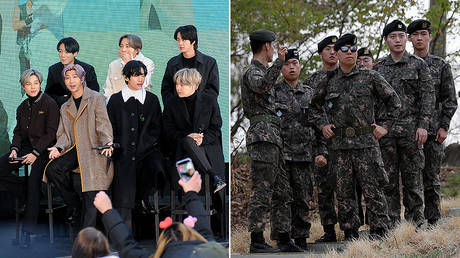 South Korea’s National Assembly has passed a bill, dubbed the ‘BTS law’ in honor of the country’s biggest music act, which will allow the nation’s top stars to postpone their mandatory military service to the age of 30.

Before the Tuesday law change, all able-bodied South Korean men between 18 and 28 had to serve in the military for about 20 months. Now, established stars might expect special treatment.

The revision of the country’s Military Service Act has been linked to the emergence of Korean pop (or K-pop) bands onto the worldwide stage, a phenomenon that has boosted South Korea both culturally and economically. (RT)