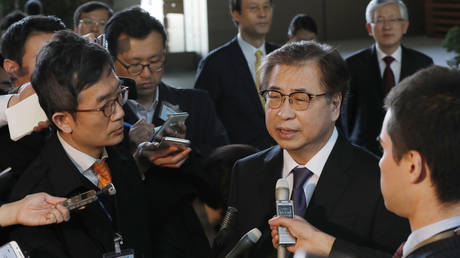 A former senior South Korean security official has been arrested on allegations that he tried to cover up a 2020 shooting incident near the border with North Korea, with prosecutors claiming he ordered subordinates to destroy documents related to the case.

The Seoul Central District Court issued an arrest warrant for former National Security Adviser Suh Hoon early on Saturday, according to Yonhap News, which noted that Suh is “suspected of having ordered key security officials to delete internal intelligence reports” linked to the border incident two years ago. The court also raised the possibility that Suh might seek to destroy more evidence.

The shooting occurred in September of 2020, when 47-year-old Oceans and Fisheries Ministry staffer Lee Dae-jun was fired upon by North Korean coast guard troops while working near the border separating the two Koreas. Pyongyang later apologized for the killing, with North Korean leader Kim Jong-un reportedly saying he was “very sorry” for the “unsavory” incident. 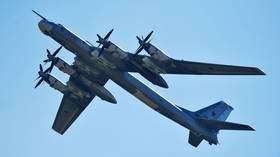 However, while the government of former South Korean President Moon Jae-in initially claimed Lee was attempting to defect to the North when he was shot, an inquiry by South Korea’s Board of Audit and Inspection later found that officials withheld evidence suggesting Lee had no intention of leaving the country, and that the government made no meaningful attempt to save the man’s life after learning he had been shot.

Soon after South Korean President Yoon Suk-yeol took office in May, the Defense Ministry issued a report acknowledging that there was no evidence that Lee sought to defect, directly challenging the conclusions of the previous administration.

South Korea’s National Intelligence Service (NIS) also filed charges against Suh and another top official in July for alleged abuse of power, the destruction of public records and falsifying official documents, according to the Washington Post. Before serving as national security advisor, Suh headed up the NIS.

Moon has defended his government’s reaction to the shooting, and slammed the ongoing probe into the incident, saying a “matter of national security” should not be a “subject of political strife” in a statement earlier this week. (RT)