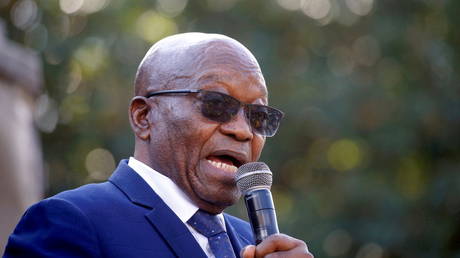 South Africa’s former President Jacob Zuma’s plea to overturn his 15-month prison sentence handed to him after failing to attend a corruption hearing has been rejected by the country’s top court.

South Africa’s Constitutional Court ruled in a majority on Friday and rejected Zuma’s request to annul his jail time, which the disgraced former leader had argued was excessive and that Covid-19 could pose serious risks to his health, and even life, in July.

The 79-year-old anti-apartheid veteran was released on medical parole earlier this month after the country’s Department of Correctional Services (DCS) evaluated a report on Zuma’s health. The placement meant that he will instead serve his remaining jail time on a community corrections course, “whereby he must comply with a specific set of conditions and will be subjected to supervision until his sentence expires,” the DCS stated.

In August, Zuma underwent an unspecified surgery away from the Escourt prison he was being kept in. The politician is slated to undergo more surgeries in the future. (RT)