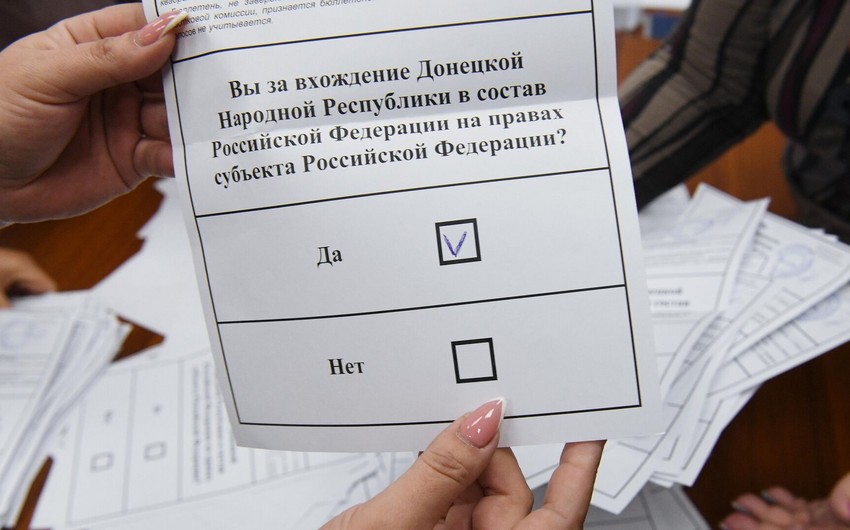 A number of countries of the world did not recognize the ‘referendum’ held on the territory of Ukraine.

“We must strongly condemn those ‘referendums’ held in Ukraine today because we know what referendums in occupied territories mean and what will happen in this war,” the President of Georgia said.

The President of Georgia noted that this is absolutely unacceptable for the world and civilized people.

Also, the United States has noted that it will announce retaliatory measures against the pseudo-referendum in the coming days.