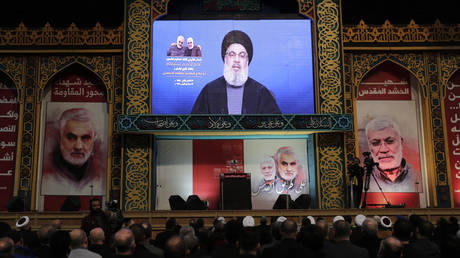 The assassination of Qassem Soleimani has opened a new phase for the whole region, the leader of Lebanon’s Hezbollah, Sayyed Hassan Nasrallah, has said, calling for attacks on US soldiers and military assets.

Iraqi resistance will not let a single US soldier stay in Iraq after the killing of the Iranian Quds force commander, Nasrallah said in a televised speech on Sunday.

The Hezbollah leader, however, warned against harming any American civilians, as such acts will only play into the hands of US President Donald Trump, adding that every US military asset and serviceman in the region is fair game.

“When the coffins of American soldiers and officers begin to be transported … to the United States, Trump and his administration will realize that they have really lost the region and will lose the elections,” Nasrallah said. (RT)