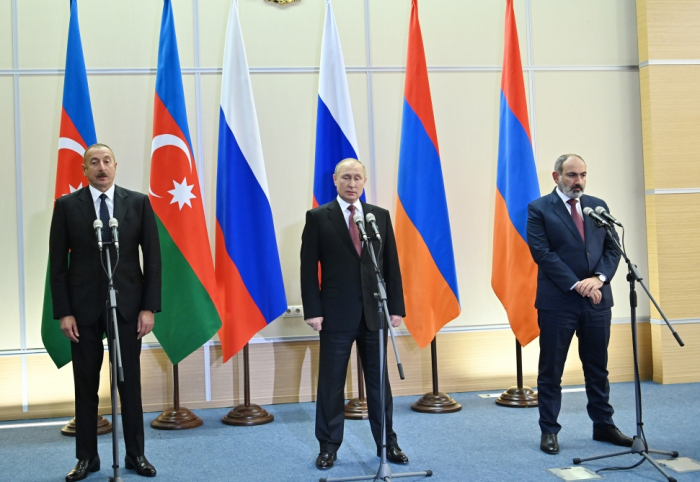 The meeting of the leaders of Azerbaijan, Russia and Armenia – Ilham Aliyev, Vladimir Putin and Nikol Pashinyan in Sochi is a new step towards sustainable peace in the South Caucasus after the liberation of Azerbaijani territories from the Armenian occupation, the Turkish Presidential Administration told Trend.

The administration said that Turkey supports any steps aimed at establishing peace and stability in the South Caucasus, which meets the interests of not only Turkey but also all countries of the region.

“Peace in the South Caucasus will contribute to the economic development of the region, as well as the opening of communications. Turkey highly appreciates the meeting in Sochi,” the administration added.

At the meeting held on November 26, the leaders of Azerbaijan, Russia and Armenia a number of issues, including the opening of communications, delimitation and demarcation of borders were discussed. The results of the trilateral meeting are assessed positively. Azerbaijan achieved its goals, in particular, a decision was made to launch projects to open roads and railways.