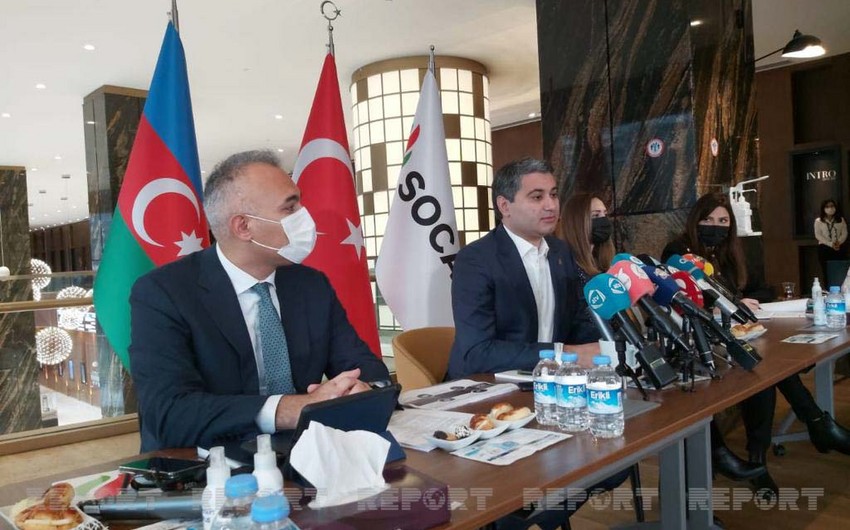 As of November 26, 13.4 billion cubic meters of gas were transported to Turkey via the Trans-Anatolian Gas Pipeline (TANAP), SOCAR Turkey CEO Zaur Gahramanov said at a meeting with Azerbaijani media at the company’s Istanbul office, Report informs.

“Azerbaijan alone has the capacity to supply about 12 percent of Turkey’s natural gas needs through TANAP. From June 30, 2018, to November 26, 2021, the total amount of natural gas transferred from TANAP to Turkey reached 13.4 billion cubic meters,” Gahramanov said.

The company’s head noted that Azerbaijan started supplying the first commercial gas to Europe on December 31, 2020.

“From January 2021 to November 26, 7.09 billion cubic meters of natural gas was transported to Europe,” he added.

The Azerbaijani gas is transported to Turkey from the Shah Deniz field in the Caspian Sea via TANAP (since June 30, 2018) and the South Caucasus Pipeline (Baku – Tbilisi – Erzurum; since 2007).

TAP transports natural gas from the giant Shah Deniz field in the Azerbaijan sector of the Caspian Sea to Europe. The 878 km long pipeline connects with TANAP at the Turkish-Greek border in Kipoi, crosses Greece and Albania and the Adriatic Sea before coming ashore in Southern Italy.

Since December 31, 2020, when the supply of Azerbaijani gas to Europe began, 10.9 million cubic meters of gas have been transported through TAP.