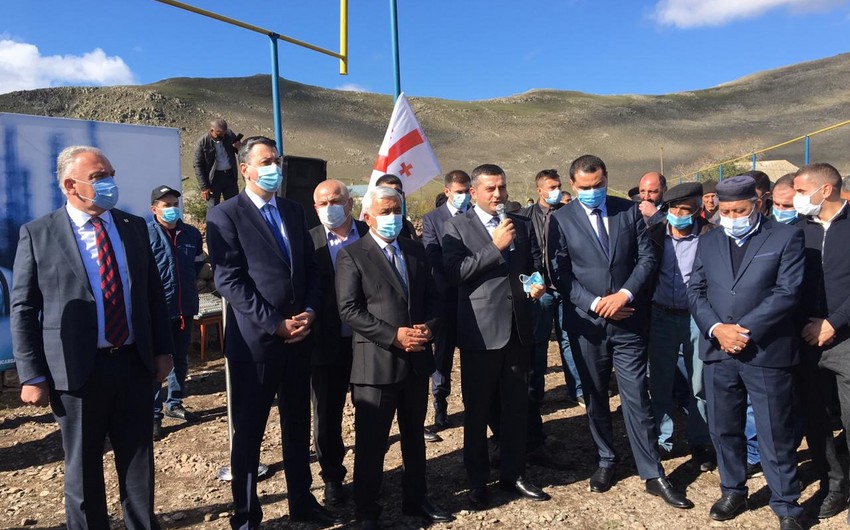 A ceremony was held on Wednesday to supply natural gas to the village of Irganchay in the Georgian municipality of Dmanisi, where gasification work has recently been completed, Report informs.

Thanks to the implementation of this project, the number of potential subscribers will increase by 496 units.

Note that, 295 km long gas pipeline was laid in Dmanisi municipality, and 7,029 potential subscribers were supplied with gas. According to the plan for 2020, the company is building gas distribution networks in two more villages (with a length of 12.3 km and the ability to connect another 242 subscribers).

At present, the level of gasification in the Dmanisi region is 83.1%.

The weather will be sunny in Baku and Absheron peninsula on August 6, Report informs,…

04:39 US to require foreign visitors to be ‘fully vaccinated’ against Covid-19 under proposed White House plan