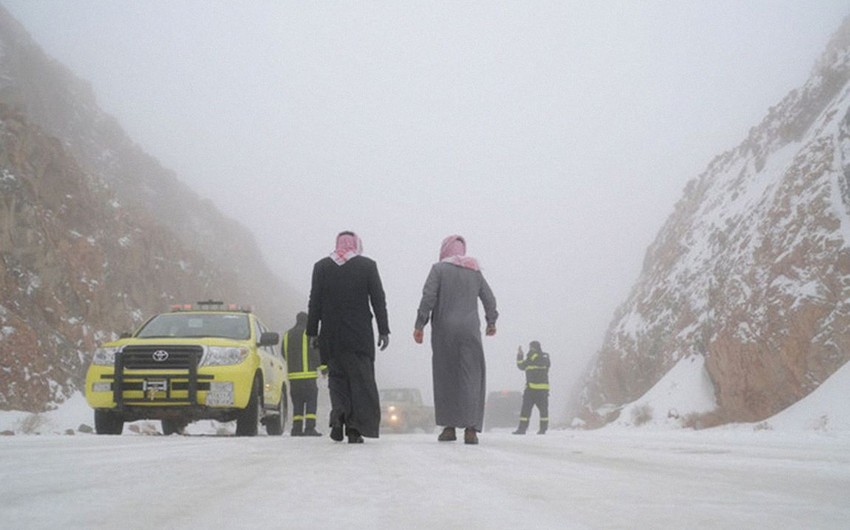 Snow fell in six cities of Saudi Arabia, and the air temperature in some of them dropped to 3 degrees below zero, Report informs, referring to TASS that this was reported by Sky News Arabia TV channel.

The official spokesman for the Presidency of Meteorology and Environment, Hussein Al-Qahtani, said that the abnormal temperatures due to the movement of Arctic air masses from Siberia will continue until the end of this week.

It is expected that the air temperature in the central part of Saudi Arabia, including in Riyadh, will be from minus 1 to minus 3 degrees below zero.