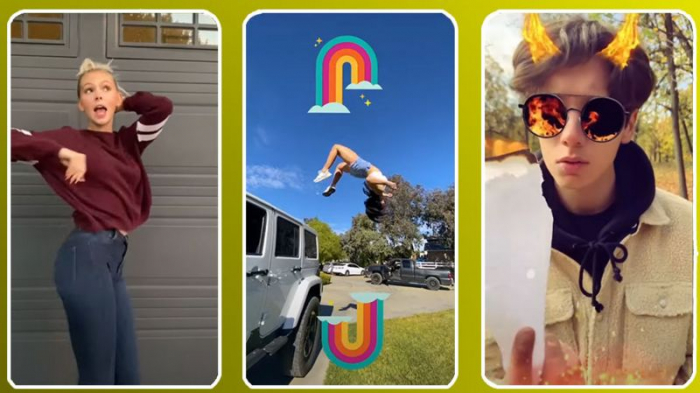 Messaging app Snapchat is offering a share of $1m (£750,000) to its users every day as it tries to compete with TikTok on viral videos.

Its new Spotlight feature will use an algorithm to recommend “the most engaging” posts to watch based on what a user is interested in.

Snapchat says the feature will include people with “private, personal accounts” as well as its biggest stars.

The $1m-a-day payment would run until at least the end of the year, it said.

But if successful it could potentially continue into 2021, the company said.

Videos have to be submitted to the scheme to be eligible for the earnings. How much a video makes for its owner depends on a complicated formula – but includes how many views the video has.

Snapchat has not, however, said how many people the $1m a day will be split between, or what the maximum individual earnings might be.

Users have to be 16 or over to be paid, and obey a host of rules around copyright, sponsorship, and drugs and alcohol, among other things.

The company says it will moderate the feed for violations – and for anyone attempting to game the algorithm.

“We actively monitor for fraud to ensure that we only account for authentic engagement with Snaps,” it warned.

The payment system reflects the competitive market for the latest viral hits, according to Ben Wood, an analyst at CCS Insight.

“Snapchat lives and dies by how engaged users are with its content,” he explained.

“Surfacing viral content and rewarding the creators that conceived that content is a sensible way to sustain its business, particularly in the light of the growing threat from TikTok and others.”

Snapchat rose to prominence for its 24-hour disappearing messages almost a decade ago. In the years since, the idea has been co-opted by competitors such as Instagram Stories and, most recently, Twitter’s Fleets.

At the same time, TikTok has emerged as a favourite platform for original viral content, fuelled in part by its focus on easily adding music to posts.

Despite the competitive market for users’ attention, Snapchat recently announced that its daily user numbers had surged to almost 250 million during the pandemic.

And while TikTok has faced its own challenges this year – most notably the constant threat of being banned by US President Donald Trump’s administration – one of its stars became the first to reach more than 100 million followers.

Medical specialists have identified 19,138 new COVID-19 cases in 85 Russian regions over the past…

India has ‘successfully contained’ the Covid-19 pandemic says health minister, with no new cases in fifth of country

India’s health minister has claimed that the country has “successfully contained the pandemic,” citing a…