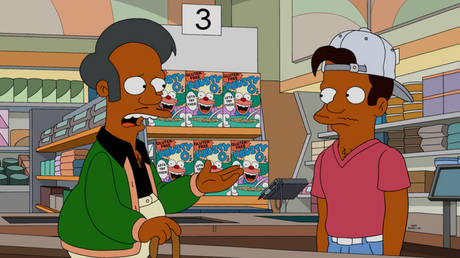 One of the actors on the hit show The Simpsons, Hank Azaria, has said he will no longer be voicing the character of Apu, following years of tedious controversy and accusations of racism.

The veteran actor has voiced the Indian shopkeeper since 1990, but Azaria has now revealed that his time portraying the Kwik-E-Mart owner has come to an end.

The 55-year-old, who also plays Moe Szyslak, Chief Wiggum and various other characters in the long-running show, told Slashfilm: “All we know there is I won’t be doing the voice anymore, unless there’s some way to transition it or something.

“We all made the decision together … We all agreed on it. We all feel like it’s the right thing and good about it,” he added. (RT)

Hungary could import gas from Azerbaijan from 2023

23:39 Ayaz Mutallibov: “Pashinyan’s statements are ridiculous, I never said that Azerbaijanis were involved in the genocide in Khojaly”

22:39 “OSCE Co-chairs should explain that Karabakh is not Armenia” – Ilham Aliyev

22:13 President Ilham Aliyev: OSCE Minsk Group co-chairs should explain to Armenia that Nagorno-Karabakh is not Armenia