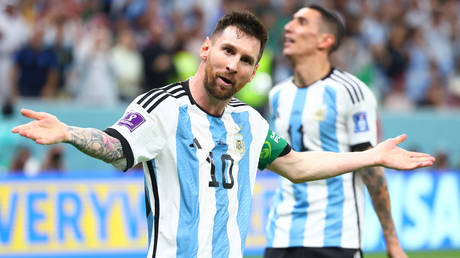 There is much to unpack after the first couple of weeks in Qatar Lionel Messi has provided some moments of magic in Qatar. © Tom Weller / picture alliance via Getty Images

With the FIFA World Cup on a brief hiatus before the quarterfinals kick off on Friday, an opportunity has been afforded to take a deep breath and take stock of the various narratives, scandals and moments of magic which have grabbed the headlines over the past couple of weeks in Qatar.

The tournament, thus far at least, has provided more than its fair share of shocks, scandals, stunning goals, and even the apparent downfall of one of football’s most famous names.

After the dust settled on the group stage and the round-of-16 matches, we break down some of the major talking points from football’s biggest showpiece.

A culture clash between ultra-conservative Islamic hosts Qatar and the swathes of visiting teams from more ‘progressive’ countries across Europe and the rest of the world was always going to provoke some attention – and it certainly did in the opening days of the tournament.

Much of the lead-up to the World Cup was dominated by allegations of the human rights abuses of migrant workers in Qatar, as well as the treatment of LGBT individuals in a country where homosexuality remains illegal. 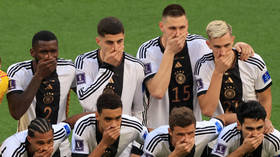 And football, a sport which rarely meets a topical social justice cause it doesn’t like, reacted in much the same way it did throughout the initial phase of the ‘Black Lives Matter’ movement: by some high-profile players signaling their virtues with rainbow-colored armbands designed to show solidarity to the cause.

FIFA had their own armband messages planned, and threatened sanctions for any players who displayed unauthorized apparel – leading to the now-infamous image of German players holding their hands over their mouths in a team photograph ahead of their opening match against Japan, in protest at being ‘silenced’.

Germany subsequently failed to advance past the group stage for the second World Cup in succession – something which was met with glee among some Qataris, as they highlighted in retaliation what they saw as German moral hypocrisy related to how former star Mesut Ozil was treated when announcing his retirement in 2018.

Some observers, meanwhile, suggested that Germany should perhaps have focused more on the football than off-the-field affairs.

The aforementioned German capitulation, during which they were shocked by two late Japan goals in an opening 2-1 defeat which hastened their exit from Doha, wasn’t the only upset to take place in the first days of the tournament.

Argentina, who are among the sportsbooks’ picks to win the entire tournament, were stunned in their first match by a Saudi Arabia team which defied the odds to claim a 2-1 win against the South American champions. 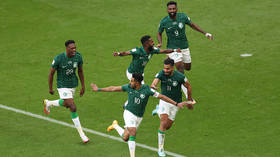 There were similar sob stories in the broadsheets in Belgium after the world’s second-ranked team signaled the end of their so-called ‘Golden Generation’ by failing to emerge from their group after picking up just one win – and suffering a 2-0 humbling by Morocco along the way.

Elsewhere, Australia surprised most by pipping Tunisia and Denmark to second spot in Group D, while Japan’s win against Spain was also a harbinger of things to come ahead of the Spaniards’ shock ousting from the knockout stages by Morocco this week.

And that’s before we even mentioned Cameroon’s 1-0 win against an already-qualified Brazil in their final group-stage game.

Ghana, meanwhile, scored a measure of revenge as they got to witness a Luis Suarez-led Uruguay eliminated in hugely dramatic fashion – more than 12 years after Suarez’s handball in their World Cup clash in South Africa helped deprive Ghana of a first-ever semifinal appearance for an African team.

While not necessarily shocking, this World Cup has also provided a significant helping of popcorn moments – Serbia’s 3-3 classic with Cameroon springs to mind, as does South Korea’s 3-2 defeat at the hands of Ghana, and the Ghanaians’ own 3-2 loss to Portugal.

The final day drama in Group E – where at one stage both Spain and Germany were set to go out –was remarkable, as was the denouement to Group C, where Poland pipped Mexico to a knockout spot by virtue of a single goal.

There have been abject performances, and sadly for the hosts, they produced three of them. Indeed, Qatar’s decade-long strategy to ready itself for the biggest month of its football history fell flat in terms of its own performances on the pitch.

One goal scored, seven conceded. Three defeats. The worst record of a World Cup host in the history of the tournament. 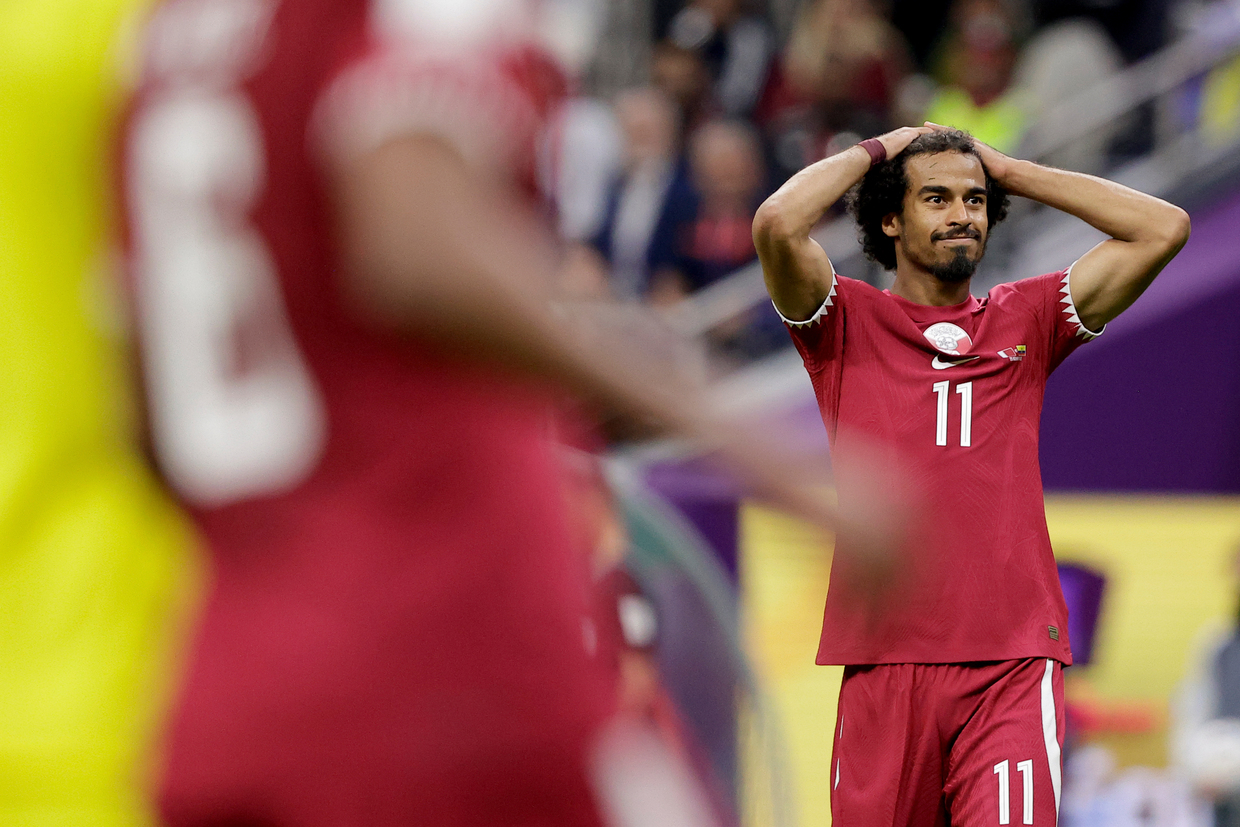 Still, if the goal was to popularize and modernize the sport in a nation which doesn’t hold strong traditions in football, then it can probably be considered something of a success.

But after spending upwards of a reported $200 billion to develop the various infrastructure (much to the chagrin of the previously mentioned human rights groups), and a 12-year strategy designed to identify and train Qatari football talent, getting a least a draw would have been nice.

Money can buy a lot of things, but apparently not success at the top table of international football.

The downfall of Ronaldo?

Qatar is set to be a World Cup swansong for football’s most famous name: Cristiano Ronaldo. But the tournament came at a strange time in the career of the presently unemployed star.

He arrived in Qatar on the back of a tell-all interview with the UK’s agitator-in-chief, Piers Morgan, which hastened his exit at Manchester United – and likely cost him a substantial part of his legacy at a club whose fans have previously sung his name until their vocal cords gave out.

But at least the crumbling of that relationship could be adequately ignored for a few weeks in the dry desert heat. Right? Well, maybe not.

Ronaldo was, as the script dictated, selected for Portugal’s opening matches by coach Fernando Santos – but the drop-off in form which had afflicted his final days at Manchester United had transplanted to his national side, with the Portuguese great largely ineffective throughout. 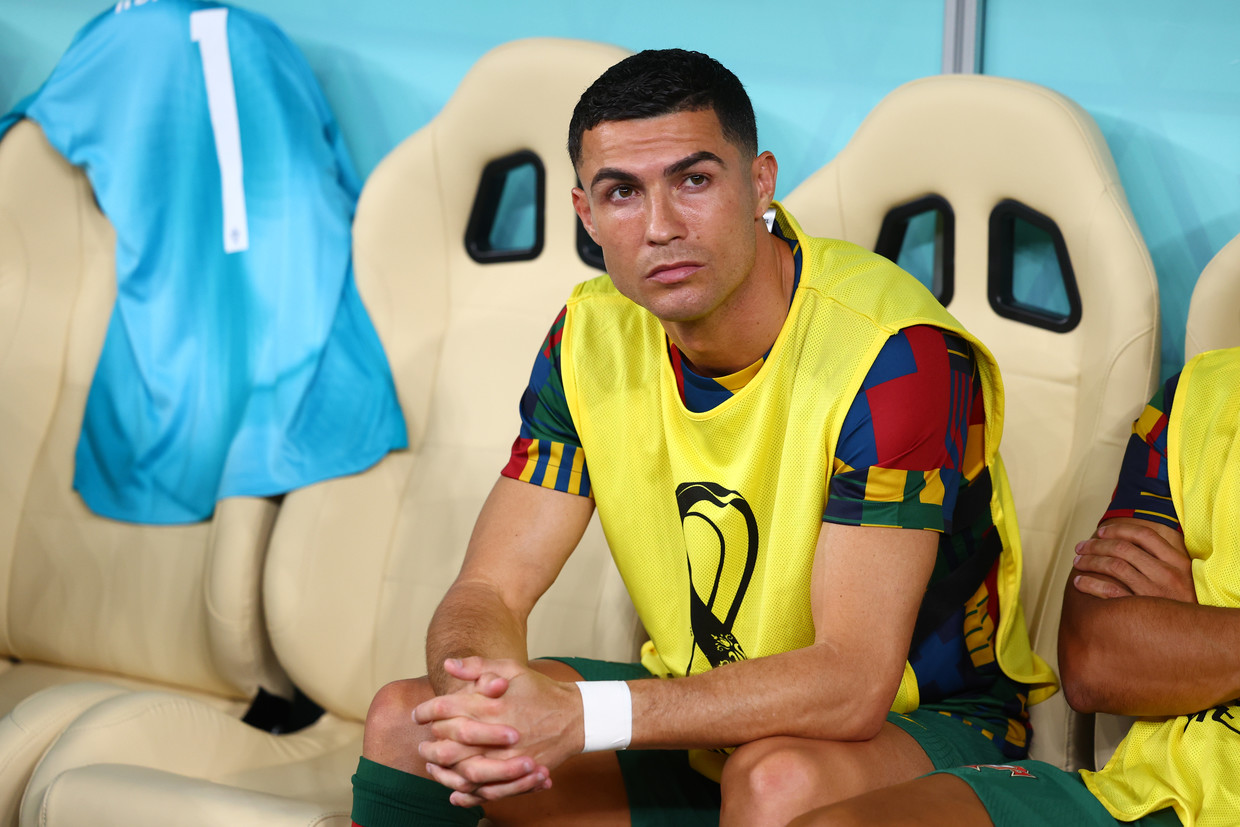 A dose of typical Ronaldo impetuousness when he was hooked off by Santos an hour into Portugal’s group game with South Korea was enough for him to be dropped to the substitutes’ bench for their round-of-16 annihilation of Switzerland on Tuesday.

And what was worse for him was that his replacement, the 21-year-old Goncalo Ramos, scored a hat-trick. It has been a bad few weeks for the Ronaldo brand – but if the rumors of a big-money contract offer from a Saudi Arabian team are to be believed, his earning power looks set to increase in direct contrast to that of his playing abilities.

It just wouldn’t be modern football if there wasn’t a little drama from the VAR room. After its introduction at the World Cup in Russia four-and-a-half years ago, VAR has become the Marmite of football officiating: either you love it, or you hate it. 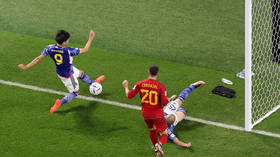 Japan, we expect, fall into the former category after forensic analysis of a controversial late goal in their 2-1 win against Spain appeared to show that the ball had somewhat miraculously stayed in the field of play before it was crossed for Ao Tanaka to poke home into an empty net.

Spain (and the ousted Germany) will likely be more than aggrieved at the outcome of the inquest into whether or not the goal should have stood. In the end, the Spanish only have themselves to blame for their subsequent penalty shootout exit at the hands of Morocco, while the Germans’ problems ran much deeper than being dumped out by a moment of VAR contention.

As for the neutrals? You can’t buy that type of drama and – rightly or wrongly – many were glued to their television screens when the fate of an entire footballing nation in a four-year World Cup cycle falls upon the evidence of a CSI-style investigation.

If sport is essentially a vehicle for drama or scandal, this World Cup has faithfully delivered. The build-up to the event was dominated by allegations of Qatari wrongdoing, then you had the various armband rows and subsequent FIFA interjections.

But it hasn’t stopped there. Headlines were made on the eve of the tournament after Qatar’s sudden about-face when it came to serving alcohol near or inside stadiums.

Then we had the politically-charged tensions between Serbian and Swiss players spilling out onto the pitch and the sidelines, which was exacerbated by Swiss player Granit Xhaka aiming a dig as his Serbian opponents on the subs’ bench. 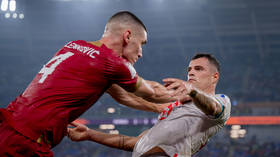 Serbia, meanwhile, were placed under FIFA investigation after hanging a flag depicting Kosovo in their dressing room prior to their defeat by Brazil.

The USA also ignited a potential political firestorm when the US Soccer Federation displayed an Iranian flag on social media which didn’t feature the emblem of the Islamic Republic ahead of their group-stage fixture.

Iran threatened action with FIFA against the USA, while the Americans said that the measure was taken in solidarity with the ongoing human rights protests in the country. US coach Gregg Berhalter apologized, and the correct Iranian flag was later used by US soccer’s social media accounts. A single goal from Christian Pulisic settled the match, if not the issue. 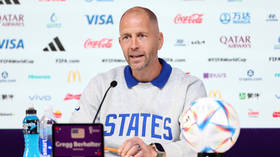 Russia, absent from this World Cup following their FIFA ban, were also in focus despite not being in Qatar after Cameroon player Gael Ondoua was seen wearing boots depicting both the Cameroon and Russian flags.

Ondoua spent many of his formative years in Russia and credits the country with being fundamental to his footballing apprenticeship. He has pledged to sell the boots to raise money for charity in Russia in the days following the World Cup.

And if Russia’s football team aren’t in Qatar, the country’s cultural reach was apparent by the playing of Russian folk songs ‘Kalinka’ and ‘Katyusha’, which could be heard at various points throughout the tournament as played by local bands to whip up the atmosphere.

Back to the football. With just eight teams remaining, it is beginning to become clearer as to who might lift the famous trophy on December 18.

The South American duo of Brazil and Argentina look to be in imperious form, the latter of whom are looking to claim world football’s biggest prize as a parting gift to Lionel Messi on the occasion of his final World Cup: an accolade which would place him neck-and-neck with Diego Maradona in the country’s list of immortal sports heroes. 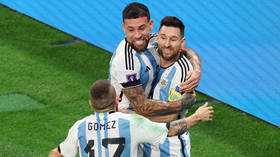 Typically, Messi has produced some moments of magic in Qatar, and shackling him will be key if the Netherlands stand any chance of progressing from their quarterfinal clash.

Brazil’s challenge, meanwhile, remains undaunted despite accusations of disrespect due to their dancing celebrations throughout the 4-1 drubbing of South Korea in the last 16.

The Samba boys have turned on the style with some scintillating football and sensational goals – not least from Richarlison – while Neymar also appears to be free from injury again. Brazil face 2018 finalist Croatia in their quarterfinal, with Luka Modric and Co. looking steady if unspectacular thus far in Qatar.