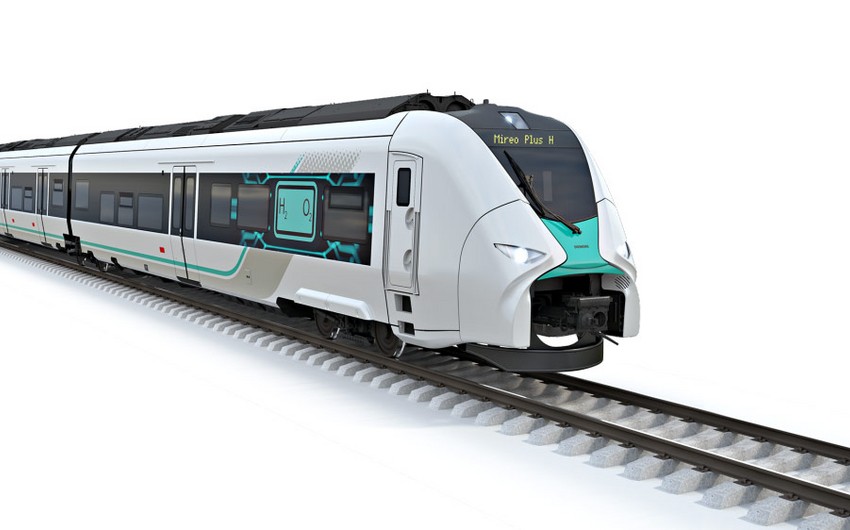 Siemens Mobility and Deutsche Bahn have started developing hydrogen-powered fuel cell trains and a filling station, which will be trialed in 2024 to replace diesel engines on German local rail networks.

The prototype, to be built by Siemens, is based on the electric railcar Mireo Plus which will be equipped with fuel cells to turn hydrogen and oxygen into electricity onboard and with a battery, both companies said.

Siemens mobility chief executive Michael Peter told Reuters the train combined the possibility to be fed by three sources in a modular system – either by the battery, the fuel cell, or even existing overhead lines, depending on where it would run.

German railway operator Deutsche Bahn has not electrified 40% of its 33,000 kilometers (km) extended network, on which it runs 1,300 fossil-fuel emitting diesel locomotives.

Rail transport must be decarbonized over the long-term under European Union and national climate targets.
“Our hydrogen trains can replace diesel-fuelled trains in the long term,” Peter said.

The new prototype will be fuelled within 15 minutes, have a range of 600 km, and a top speed of 160 km/hour. It will be tested between Tuebingen, Horb, and Pforzheim in Baden Wuerttemberg state.

The primary target market is operators of regional networks that typically re-order lots of 10 to 50 trains, Peter said.

As EU warns of delays to Covid-19 vaccine doses, makers of Russia’s Sputnik V say they are ‘ready to help’ bloc access supplies

16:39 South Korea suggests North should freeze ALL ‘nuclear activities’ just to ‘begin’ rapprochement with US