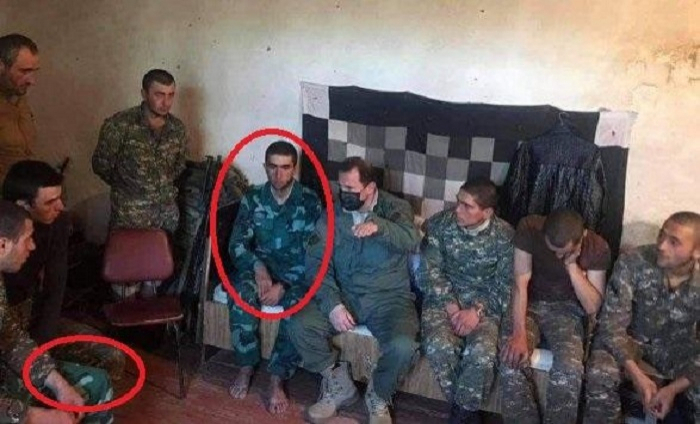 As it can be seen from the photo, Armenian servicemen were sitting next to Tonoyan. The Armenian minister is discussing something with the discouraged soldiers. However, when you look closely at the photo, there is one thing that stands out.

Thus, the two servicemen who attended the meeting with the Armenian minister are in the military uniform of the State Border Service of Azerbaijan (SBS). For some reason, two men appeared next to Tonoyan in different clothes.

It should be noted that, according to the Armenian side, terrorists from Syria are fighting in the Azerbaijani Army in the uniform of the SBS. However, the photo spread by Shushan Stepanyan revealed that these allegations were completely absurd and exposed the lies of Armenia.

Now it is obvious that the real terrorists are sitting next to Tonoyan.

Today, Turkey is honoring the memory of the martyrs who died in the Patriotic War…

With so many confusing statistics, just how well is Russia coping with Covid-19?

Russian Covid-19 statistics are a nightmare to decode. Different numbers from various government bodies and…