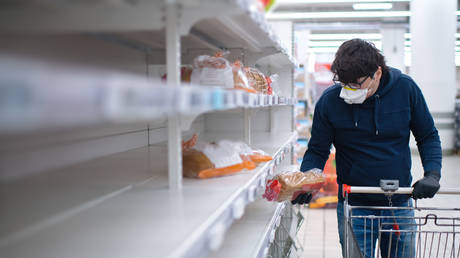 It has been decades since the food shortages that followed the fall of the Soviet Union, and Russians are used to shop shelves fully stocked with a previously unimaginable array of products, many of them made within the country.

However, rising prices and increasingly insecure supply chains are posing a risk to people in Russia and around the world. In a recent interview, Svein Tore Holsether, the chief executive of one of the largest global fertilizer producers, Yara International, warned that rising gas prices could create a worldwide food crisis. Production of fertilizers, which farmers use to boost yields of their crops, requires large volumes of hydrocarbons as a raw material. Shortages could lead to slimmer harvests and costs could be passed on to consumers.

“It’s impacting food prices all over the world and it hits the wallets of many people,” Holsether warned. “But for some people, especially in the developing world, this is not only a question about the wallet, but it’s a question of life or death.”

This is not the first alarming forecast for the situation on the world food market. Last year, in the midst of the global lockdown caused by the Covid-19 pandemic, UN World Food Program Executive Director David Beasley cautioned that famines of “biblical proportion” could be looming, and told the Security Council to “act fast”. 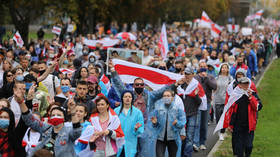 But just how likely are these apocalyptic scenarios?

The second item among the UN’s 17 Sustainable Development Goals (SDGs), which are the world’s shared plan to end extreme poverty, reduce inequality, and protect the planet by 2030, announces that policymakers must act to “end hunger, achieve food security and improved nutrition and promote sustainable agriculture.”

Hunger is already a major global problem that has been greatly exacerbated by the pandemic. If in 2014, a year before the SDGs were adopted by 193 countries, the number of undernourished people in the world was estimated by the UN as 607 million, now it is over 800 million. There are 2.37 billion people who are unable to eat a healthy balanced diet on a regular basis, while 22% of children under the age of five are stunted as a result of the problems with nutrition.

One might ask, if the matter is so dire, why is this problem ranked second rather than first on the SDGs list? The answer is obvious: hunger is caused not by an imbalance between the amount of agricultural products and the world’s population; it has a social nature. People go hungry not because the shelves in their shops are empty, but because they have no money to buy food.

Contrary to popular misconception, this problem concerns not only the poorest countries or regions that do not produce food and are completely dependent on agriculture imports. At the start of the Covid-19 pandemic in March last year, the Mayor of London, Sadiq Khan, wrote a desperate appeal in the media, warning that “more than 400,000 children and 1.5 million adults in London lived in food insecurity before this crisis, and many rely on food banks every day.” According to UNICEF, in Ukraine, which is one of the biggest agricultural exporters in the world, 9.8 million people – virtually a quarter of the country’s population – suffer from malnutrition. 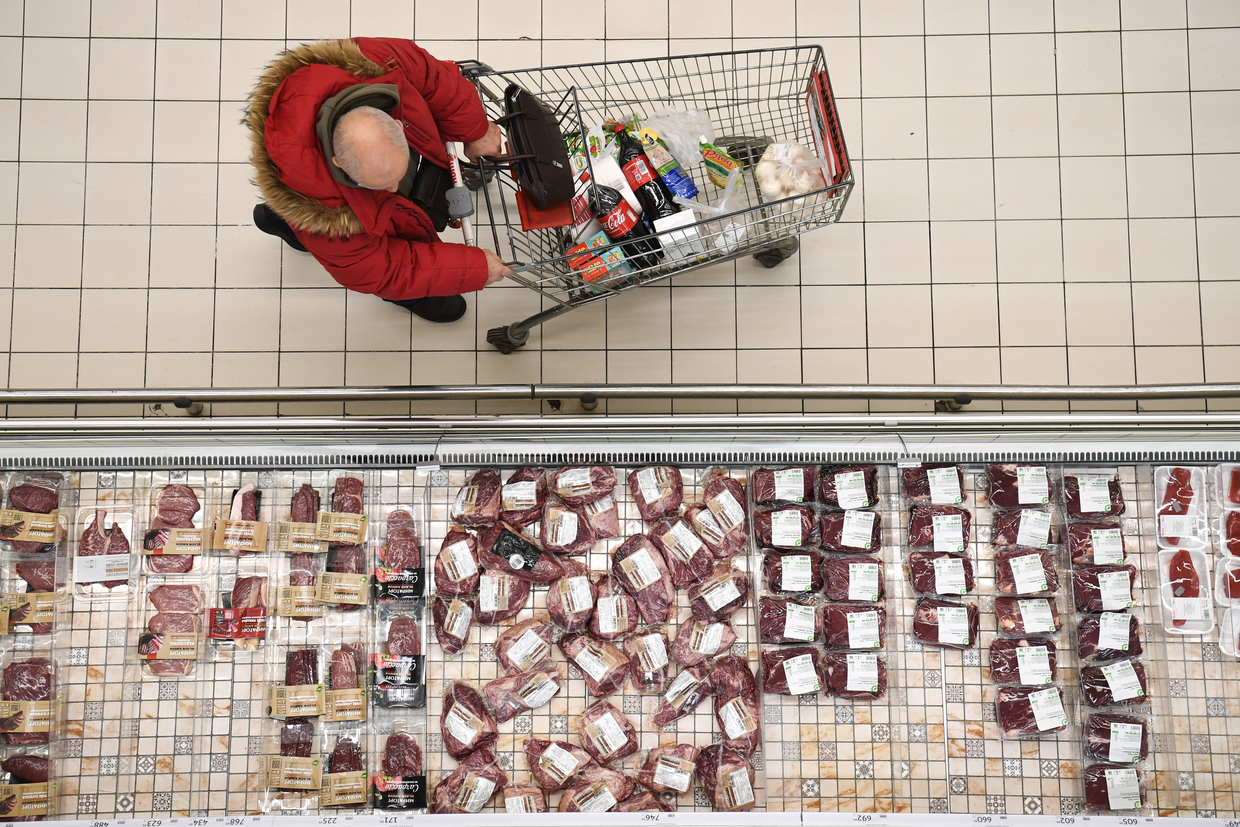 The UN is clearly right: hunger is a consequence of poverty, and overcoming that, unsurprisingly, is the very first SDG on the list. Achieving it is possible only with economic development in the poorest countries and more equitable distribution of global wealth denominated in financial resources. For this reason, I am a supporter of the concept of Universal Basic Income, which stipulates that everyone has the right to a certain level of income, regardless of what he does and how he is currently working. We just need to make sure that this mechanism is truly universal, applied to all the people, and not just to citizens of some states.

Together, both Beasley and Holsether paint a worrying picture about our progress. The pandemic recession, along with the energy and logistics crisis, could push the world economy into a ‘perfect storm.’ In addition, catastrophic climate change would make farming impossible in arid regions. In this case, we may face a disastrous situation when food simply will not be enough for all 7.5 billion people inhabiting the planet, no matter how much money they have in their wallets.

Therefore, agricultural production must be increased in every possible way, especially in ‘granary countries’ like Russia, which feed substantial numbers of people around the world. First, it is a kind of insurance against the collapse of the agro-industrial complex in regions with unfavorable farming climates. Secondly, it will increase the supply on the world market and make food more affordable.

However, an increase in the gross production of grain, meat, vegetables, fruits, etc. should not be accompanied by deforestation and other processes destructive to the environment that may worsen the carbon balance, because in this case nature will throw back this deadly boomerang. The SDGs must be solved in a comprehensive manner, so that success in one direction does not lead to failure in another. 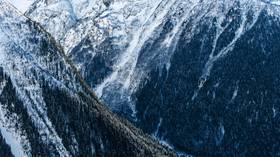 The key word in this sentence is ‘solved’. The results of the COP26 climate conference have sparked a wave of skepticism and disappointment. UN Secretary General Antonio Guterres himself expressed those sentiments, if mildly, estimating the agreements reached an insufficient compromise. British Minister Alok Sharma, who chaired the conference, spoke much more harshly and apologized to the delegates for the compromises mentioned by Guterres.

The ‘exhaust’ in terms of commitments by states turned out to be much more modest than the actual carbon exhaust from hundreds of aircraft that brought thousands of participants to Glasgow. However, were the overestimated expectations justified? I think not. They are based on the illusion that the world leaders can get together, sign some kind of decree, and the entire world economy will immediately become carbon-neutral.

Alas, we don’t live in Hogwarts, where magic spells solve problems. Having myself headed the Committee on Ecology and Natural Resources in the Russian parliament, I know from my own experience how difficult this field of activity is. Even if all the countries without exception adopt the relevant laws, there will be a big problem with their implementation. The economy must meet the daily needs of the people. And the realities are far behind the plans for the ‘green transition’.

An illustration of this is the global energy crisis. Оne of the factors behind it, along with the rapid recovery of China after the pandemic, was the lack of renewable energy capacity. This already leads to the relaunch of the most environmentally harmful coal-fired power generation in Europe and Asia.

Russia is at the forefront of restructuring its entire economic infrastructure on a ‘green track’, developing environmentally friendly nuclear energy, including unique closed-cycle technologies, and developing projects for the transition to hydrogen fuel. Moreover, our country is not only a producer of greenhouse gases, but also the largest ‘decarbonizer’ on the planet, since it has the world’s largest forest resources to soak up emissions.

This much is the outcome of the Russian government’s systemic policy drive to tackle climate change and meet economic demands at the same time. The same job is also being performed at a regional level, for example with the Mayor of Moscow Sergey Sobyanin doing an enormous amount of work. We have seen how the city’s public transport is rapidly switching to electric propulsion, where smoky diesel buses are being replaced by electric versions created by talented Russian engineers – and the Russian capital has become the world leader among metropolises in the area of city parks.

An Everest-size dump cannot be turned into the Garden of Eden only by regulatory decisions at the macro level. Changes should involve all economic actors – from international mega corporations to small catering businesses. The planet’s atmosphere will become cleaner only when everyone in every role acts within a new ‘green’ paradigm. This is called ESG (Environmental, Social, and Corporate Governance) – a management concept based on the involvement of business in solving environmental and social problems.

23:00 Is an all-out Russia-Ukraine war about to break out?