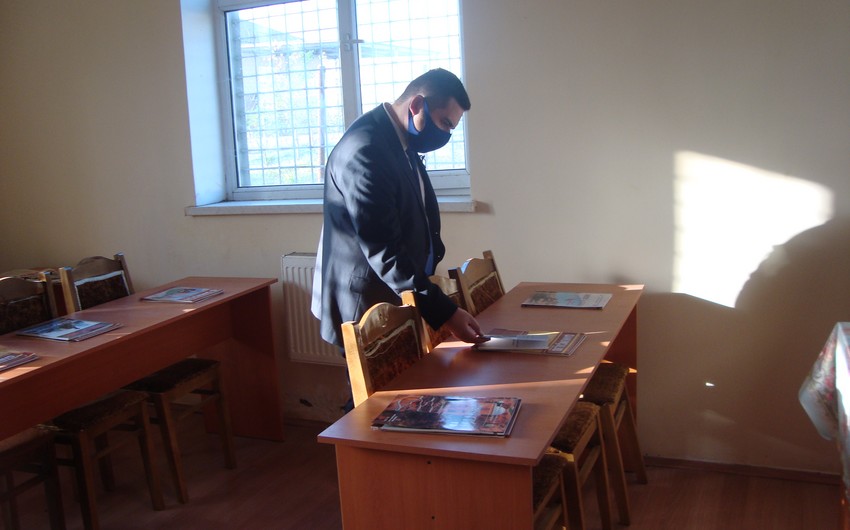 According to the instructions of the Commissioner for Human Rights (Ombudsman) of the Republic of Azerbaijan Sabina Aliyeva, the members of the National Preventive Group (NPG) of the Ombudsman paid an unscheduled visit to Shaki Penitentiary Institution without prior notice, Report informs, citing the Ombudsman’s Office.

The purpose of the visit, organized in accordance with the Optional Protocol to the UN Convention against Torture and Other Cruel, Inhuman or Degrading Treatment or Punishment and the Constitutional Law on the Ombudsman, was to investigate the appeals received, conditions of detention, and treatment of detainees, to study the state of proper documentation.

During the visit, NPG members monitored the Investigation Isolator of the facility, the Penal Isolator, regime corps, library, rest room, medical-sanitarian unit, long-term, and short-term meeting rooms, and the kitchen to investigate detention conditions and treatment. Several accused and convicted persons were received in an individual manner, and the situation with the provision of their rights was investigated on site.

Read more:   Orkhan Mammadov: Tax concessions to be made to innovative startups in Azerbaijan

In the course of the visit, it was found that the Investigative Isolator was overcrowded, the arrested juvenile was kept in the same cell with an adult, the bedding in the Investigation and Penal Isolators was dirty, and some of them were in disrepair, and there was a lack of medical staff in the Medical Sanitary Unit.

The received appeals were investigated, legal advice was given on each appeal, the competencies of the Ombudsman were explained, and they, in turn, thanked the Commissioner for investigating their appeals.

In the end, legal awareness talks were held with the administration of the Penitentiary Institution, and recommendations were made on the conditions of detention and documentation in accordance with national legislation and international standards.