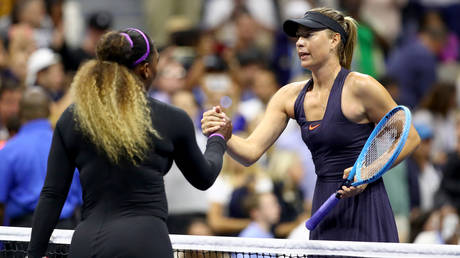 Russian tennis icon Maria Sharapova has said fellow great Serena Williams bowed out in fitting style earlier this month at the US Open, where the 40-year-old American likely played her final match as a professional.

Williams went out in the third round of the Grand Slam in New York, eventually falling in a three-set battle to Australia’s Ajla Tomljanovic but having seen off second seed Anett Kontaveit of Estonia in her previous match.

Williams has indicated that the tournament will be the last of an illustrious career which has yielded a staggering 23 Grand Slam singles titles – just one off the all-time female record held by Australian great Margaret Court. 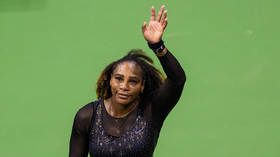 Speaking on the sidelines of New York Fashion Week, five-time Grand Slam winner Sharapova – who herself retired in 2020 – said Williams had earned the rapturous reception she was given by fans at Flushing Meadows.

Read more:   Why the longest train tunnel in the world is a double-edged sword

“She deserved that moment,” Sharapova was quoted as saying by fashion outlet Footwear News.

“To see her shine and to see her perform. Watching her match at Wimbledon and losing early, I think that was actually the best gift because she wanted to come out much stronger than how she played at Wimbledon.

“So to see her elevate her game and compete and go out fighting, which she has done throughout her whole life with that grit and grace, was spectacular,” added the 35-year-old. 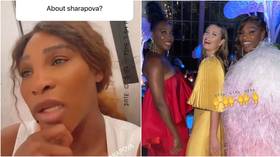 Williams and Sharapova enjoyed a famously tetchy relationship during their battles down the years, which began when the Russian stunned Williams to win the 2004 Wimbledon title aged just 17.

The rivalry spilled over into personal territory with relationship claims surrounding men’s star Grigor Dimitrov, although on court it was Williams who dominated, winning 20 of the pair’s 22 contests.

Both women are now mothers, and any tension has cooled dramatically in recent years, with the two icons seen smiling together at the Met Gala in New York last year alongside Serena Williams’ elder sister Venus. (RT)