Zidane's Real Madrid were beaten again on a wintry night in Kiev. © Reuters

Shakhtar Donetsk pulled off a stunning Champions League double over Real Madrid as they beat Zinedine Zidane’s men 2-0 in Kiev to leave the Spanish giants teetering on the brink of a first-ever early exit from the competition.

Shakhtar followed up their shock 3-2 win against Real in the opening round of this season’s competition with another against-the-odds victory on Tuesday night in the Ukrainian capital.

The hosts opened the scoring through substitute Dentinho in the 57th after he capitalized on confused defending in the Real Madrid ranks as Raphael Varane inexplicably let the ball go, allowing the veteran Brazilian to get between him and Lucas Vazquez to finish.

3 – Raphaël Varane has made more errors leading to goals in the Champions League than any other player since the start of 2020 (3). Strange. pic.twitter.com/jGbdv90UBU

As Real pressed for an equalizer they were caught with a sucker-punch in the 82nd minute when Israeli forward Manor Solomon was allowed to carry the ball unimpeded from inside his own half before cutting inside and firing a rasping low shot past Thibaut Courtois at the near post.

The score remained 2-0 as Real suffered defeat on their return to the NSC Olympiyskiy in Kiev, which was the scene of their last Champions League triumph against Liverpool back in 2018.

The victory for Shakhtar meant they became only the fifth club to win both group stage matches against Real Madrid in a single Champions League campaign, after Ajax, Bayern Munich, Juventus, and Russians CSKA Moscow.

It was all the more remarkable given the Ukrainians had shipped 10 unanswered goals in their last two Champions League games against German group leaders Borussia Monchengladbach.

😍 THIS IS A 2-0 WIN! ⚒ SHAKHTAR AGAIN BEAT REAL IN THE CHAMPIONS LEAGUE! 🧡🔥 WE. MADE. THIS. AGAIN. 🔥👏🏻 Bravo, team! #UCL#ShakhtarRealMadrid@ChampionsLeaguepic.twitter.com/3w95qvCyyf

The result left Zidane and Co. third in Group B, level with the Ukrainians on seven points put behind on head-to-head record with just one round left to play.

The 13-time European champions – who were without the injured Eden Hazard and talisman Sergio Ramos in Kiev – are staring at a first group-stage exit of the competition as they meet Monchengladbach next week and may have to hope that results in the Inter Milan vs Shakhtar game go their way.

Monchengladbach can qualify as group winners if they beat winless Inter Milan in the later kick-off in the group. 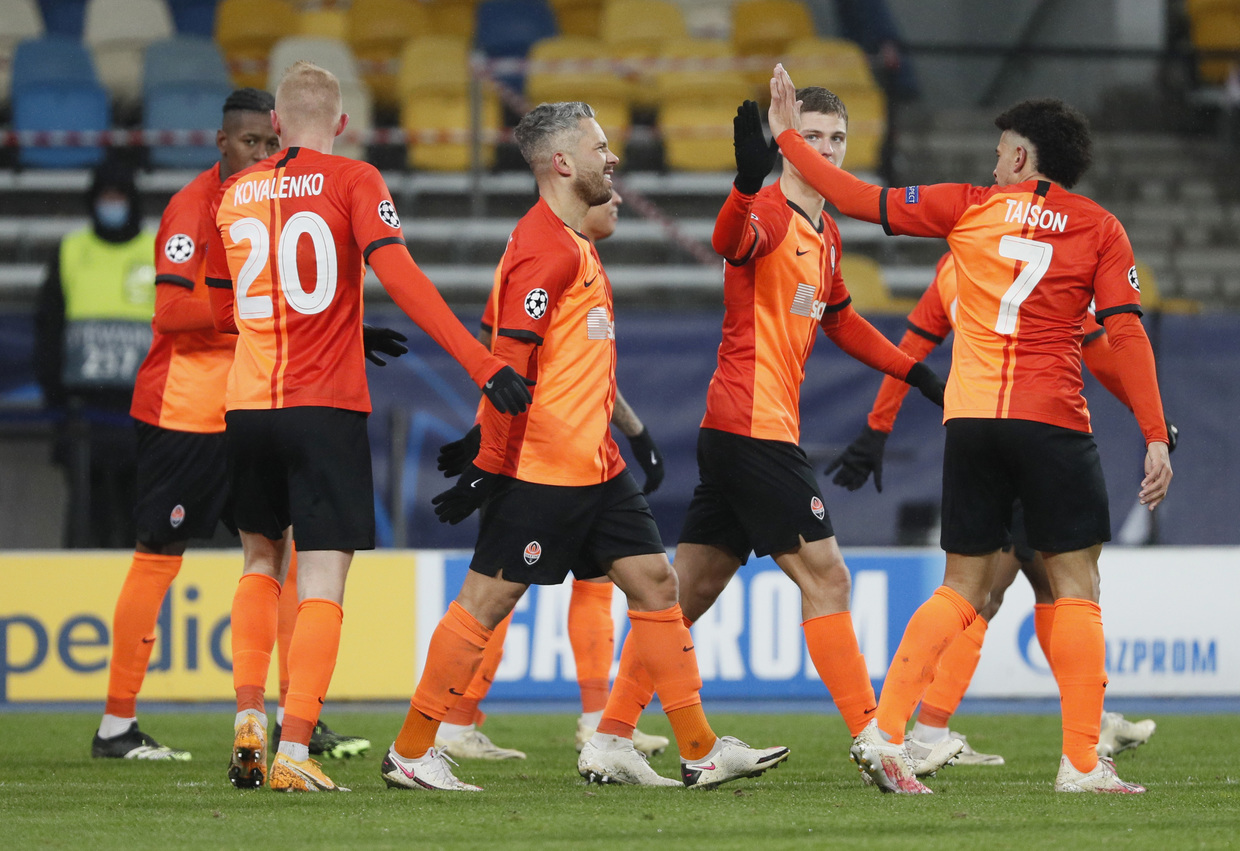 Shakhtar’s European fate is in their own hands. © Reuters

The defeat in Kiev piled pressure on Zidane, who led Real to the La Liga title last season in what is his second spell as manager, but who now faces increasing scrutiny over stuttering performances in the league and in Europe.

Some fans called for the Frenchman to walk after the latest abject showing from his team.

I love Zidane soo much but I think it’s time to part ways. Way too many humiliations in a season, somehow we are worse this season than 2018/19.

Others though shifted the blame to the players at Zidane’s disposal as well the Madrid board for failing to provide reinforcements during the transfer window.