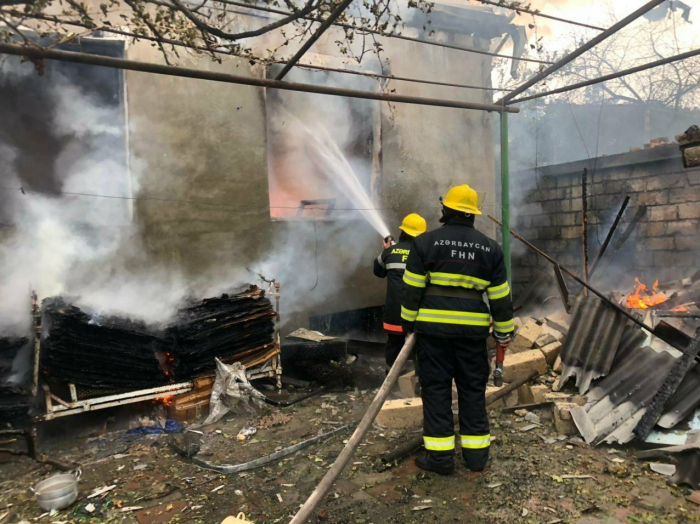 State-aggressor Armenia has been occupying Nagorno-Karabakh and surrounding areas for more than thirty years and committed crimes in these territories, which have become out of the control of the international community.

For many years Armenia has been looting natural resources, polluting waters, destroying flora and fauna, cultivating narcotic plants and committing trafficking of drugs in the occupied territories.

“As a result of the occupation, our territories, became a convenient zone for environmental, economic and other crimes, along with illegal activities such as cultivation and transportation of drugs”, deputy minister of Ecology and Natural Resources Firdovsi Aliyev said.

“The illegal actions of the Armenian occupiers threatening the environmental security of the region are a gross violation of various international conventions, including agreements of the UN to which Armenia is a party. This includes UN Convention on Biological Diversity, UN Convention on Combating Desertification and other international agreements.”

The Deputy Minister also noted that Armenia continued its destructive activities in relation to water resources of the region.

Rivers and other water sources of the area have been polluted, population living along the frontline has been deprived of using water from reservoirs. These actions posed serious threat to human health.

During the planting and harvesting season, when the demand for water is high, reservoirs are being blocked and water use is hindered. Acute water shortages have resulted in land degradation. In the seasons when demand for water is not high, the release of large volumes of water from reservoirs by the occupants seriously damages farms and all surrounding areas.

“Considering above-mentioned facts, the Parliamentary Assembly of the Council of Europe adopted Resolution No. 2085 in 2016 on the deliberate deprivation of water to residents of the border regions of Azerbaijan. The resolution demanded the immediate withdrawal of the Armenian armed forces from the region and the provision of on-site investigations by independent engineers and hydrologists.

Read more:   Azerbaijan and Laos intend to develop cooperation in the agricultural sector

According to F.Aliyev, Armenia ignores obligations under international conventions and agreements.

“Serious damage to the environment, looting of natural resources and other illegal activities in the occupied territories must be brought to the attention of international community today. Grave environmental crimes committed by Armenia must be finally stopped.”