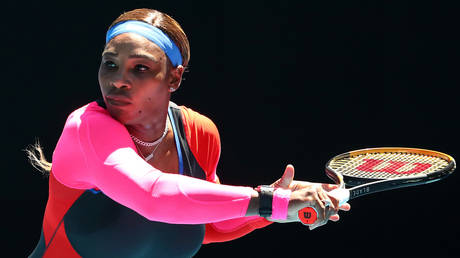 Serena Williams’ coach, Patrick Mouratoglou has said the evergreen star won’t stop playing professional tennis until she has another Grand Slam title to her name, having narrowly missed out on winning the Australian open.

The 39-year-old, who returned to professional sport in 2018 after giving birth to her daughter, is eyeing her 24th Grand Slam title, which would equal Margaret Court’s long-standing record.

The US star has taken part in four major finals since returning to action, but the coveted dream of claiming yet another Grand Slam has so far eluded her.

In 2018, Williams, who was chasing an eighth title on the All-England Club grass, lost to Angelique Kerber in the final of Wimbledon. The same year, she suffered an infamous meltdown in the final of the US Open as she was beaten by Japanese star Naomi Osaka.

The following year, Simona Halep ended Williams’ bid to win Wimbledon, while 19-year-old Bianca Andreescu prevented her from taking the US Open crown.

Her latest attempt to clinch a Grand Slam trophy was stopped by eventual Melbourne winner Osaka, who knocked her out in the semifinals.

In a show of frustration over her loss, Williams left the post-match press conference in tears, triggering speculation about her possible retirement.

“The day I stop fighting for equality will be the day I’m in my grave.”@serenawilliams opened up after her @Wimbledon final about being inspired by @Simona_Halep‘s play and continuing her fight towards equality–> https://t.co/OY87b4w8RGpic.twitter.com/CsDKNINf75

However, long-time trainer Mouratoglou said she doesn’t have any plans to end her illustrious career before she finally takes at least one more major title.

“It’s something that is difficult to measure for people,” Mouratoglou said.

“I don’t think she will stop until she at least wins [another] Grand Slam, because she came back to win Grand Slams and she doesn’t quit.

“After all she’s achieved in her career, at her age, having a baby for the first time, having a family – it was an incredible effort to come back to tennis, unbelievable effort.

“Mental effort, physical effort, so many hours to get back in shape. She would never even start that if she didn’t think she was able to win another Grand Slam.” (RT)

Carpet weaving is one of Azerbaijan’s most ancient arts, dating back to the Bronze Age.…

Farid Shafiyev: Azerbaijanis have all grounds to return to Armenia

“If we are talking about a fair solution to the Armenian-Azerbaijani conflict, of course, Azerbaijanis…

Why is potential of Azerbaijan-Israel relations so high? – INTERVIEW