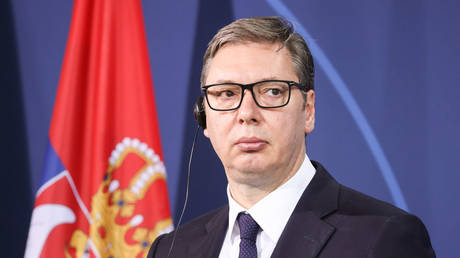 Serbia will not host any foreign military bases, instead opting to maintain its neutrality, President Aleksandar Vucic confirmed during a press conference with NATO Secretary General Jens Stoltenberg on Wednesday.

Asked about reports that Russia had recently offered to establish a military base in Serbia, Vucic said he was against the idea. “Serbia does not need anyone’s military bases,” he insisted, adding that his country would preserve its neutrality and ties to Russia and China, as well as the US and the EU.

“Serbia wants to preserve peace. We want to safeguard our population, our country and our sky, and this is how we are going to act in the future,” he said. 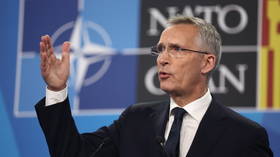 Several Serbian outlets reported last week that Russian Ambassador Alexander Botsan-Kharchenko had floated the idea of a Russian military base in Serbia. However, the reporting was based on a misinterpretation of his comment that “setting up Russian military bases here would be a matter of Serbia’s sovereign choice,” a hypothetical referring to NATO rhetoric. Russia’s Emergencies Ministry operates a humanitarian hub in the Serbian city of Nis.

Vucic is set to meet with Kosovo leader Albin Kurti on Thursday. He is not expecting the continuation of the EU-mediated dialogue with the breakaway province to be easy, telling reporters on Wednesday that the two parties “do not agree on almost anything.” However, he insisted Belgrade wanted above all to “avoid any kind of possibility of escalation or conflict.”

The president acknowledged that Serbia was in a “lose-lose situation,” but asked Stoltenberg to at least respect the dignity of Serbians, given the bloc’s bloody history with the country.

“Please do not expect Serbs to enjoy and say how they are having a really nice time,” Vucic said, warning that Serbs might not always be so willing to compromise. “There is a new generation of young men in the north of Kosovo who will not put up with this anymore,” he said, referring to pressure by NATO-backed ethnic Albanians.

Read more:   Chinese football commentators fired after 'thanking Covid-19' for infecting rival player and ruling him out of match

Vucic dismissed the idea that Belgrade was preparing to “invade” Kosovo, noting that “for 180 days we have been hearing about Serbia’s possibility and Serbia’s wishes to invade either some entities, either some countries in the region, and that was going to happen five months ago, four months ago, three months ago, two months ago now, and it didn’t happen so far, which means that they were actually lying about it.”

Pointing out that no one in the West called out these fake narratives about Serbia, nor has anyone responsible for them apologized, Vucic said they amounted to a political weapon in the absence of any “real arguments.”

We need a rational approach, conversations, a compromise solution and not someone’s desire to find a new solution in which someone could blackmail Serbia or order Serbia how to behave.

NATO Secretary General Jens Stoltenberg took the press conference as an opportunity to restate his warning that the alliance was prepared to intervene in Kosovo should the region’s “stability” be jeopardized in any way. NATO occupied Kosovo in 1999, following a 78-day air war against what was then Yugoslavia, and backed the province’s 2008 declaration of independence, which Serbia has not recognized. (RT)