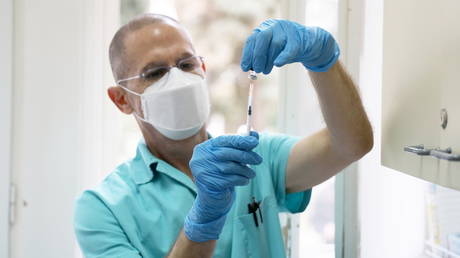 Production of Sputnik V, the world’s first registered vaccine against Covid-19, has started in Serbia, the Russian developers of the jab have announced. Italy, India and Iran are expected to follow suit in the coming months.

“Production of Sputnik V vaccine was successfully launched in Serbia,” Kirill Dmitriev, CEO of the Russian Direct Investment Fund (RDIF) announced on Tuesday, confirming that it was “the first European country to start producing the Russian vaccine” – outside of Russia itself, that is.

The RDIF, which bankrolled the development of Sputnik V at Moscow’s Gamaleya Institute, struck a deal mid-March with Belgrade’s ‘Torlak’ institute to manufacture the vaccine in Serbia. Belgrade has been using Sputnik V to vaccinate its citizens – as well as residents of neighboring states – since early January.

Read more:   Putin & Biden summit will delight media, but it won't change anything… relations between Russia & US are being slowly dismantled

Italy has also signed a deal with the RFID, but is expected to begin production in the next few months. Production in Iran is expected in the “nearest future,” Dmitriev told reporters on Tuesday. (RT)