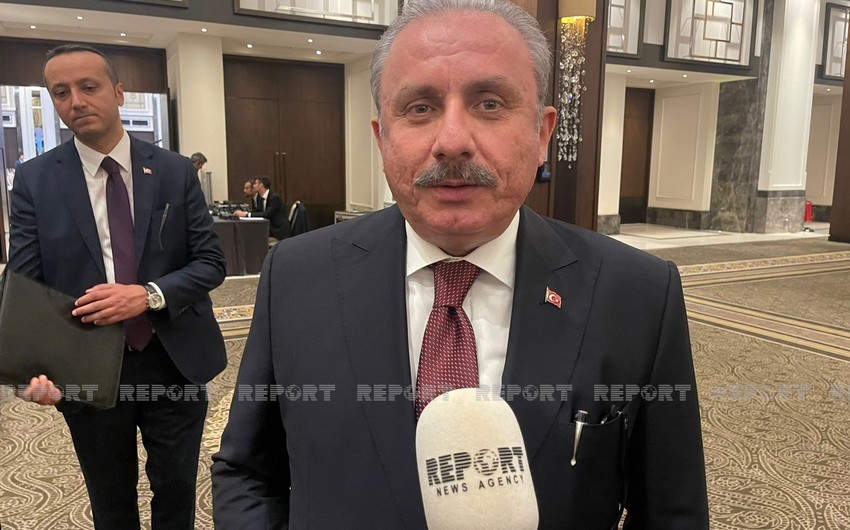 “We must further strengthen ties through steps such as the East-West International Corridor and the Azerbaijan-Nakhchivan transport link across the Caspian Sea. This will allow our countries to grow as a center of trade, transport and production, bringing them closer to each other,” Speaker of the Turkish Grand National Assembly Mustafa Sentop said, Report informs.

Sentop was speaking about the relations among the member states of TurkPA (Parliamentary Assembly of Turkic-Speaking Countries).

The speaker noted that the strengthening of transport networks among the member countries of the TurkPA is of particular importance.

“There is still a long way to go in trade, economy, healthcare, education, culture, tourism, defense and many other areas in general. As Turkic states, we must try to bring the international system to a structure based on justice, far from double standards,” Mustafa Sentop said.