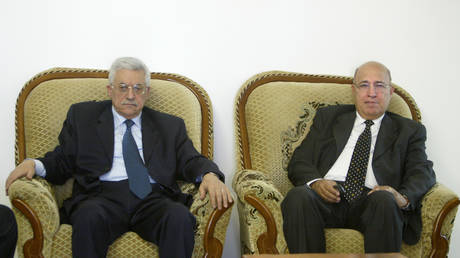 US President Donald Trump’s ‘deal of the century’ plan to resolve the Israeli- Palestinian conflict is nothing short of a “crime against Palestinians,” says Nabil Shaath, former Palestinian cabinet minister and chief negotiator.

Shaath spoke to RT after Palestinian President Mahmoud Abbas strongly rejected the much-hyped plan that Trump and Israeli PM Benjamin Netanyahu unveiled late last month. Attending a UN Security Council meeting on the issue on Tuesday, he said that the plan is designed to “legitimize” what he called an Israeli “apartheid regime.”

The former Palestinian chief negotiator believes that the plan cannot even be called a “deal” at all.

“It is totally unacceptable. It is not a deal. A deal is something where each of two parties gets something and pays something. It is an attempt to liquidate the Palestinian problem.”

He argued that the proposed solution completely ignores the interests of Palestinians and discards them as a party to the negotiation process.

“We cannot reach anything with Mr. Trump’s ideas. Trump does not recognize us as people, as owners of the West bank and Gaza that Israel occupied in 1967. He awards our land to Israel, he awards our borders and security to Israel. It is not a peace process, it is an attempt to liquidate our rights. We have to reject.”

The plan that Trump repeatedly promised to produce ever since he took office in 2016 envisions the creation of an “independent” Palestinian state in the form of multiple enclaves within Israeli territory, with the responsibility for its security and borders resting with Tel Aviv. The capital of such a state should be located on the outskirts of East Jerusalem that would remain Israeli under the “deal.”

Also on rt.com ‘Deal of the Century’ will die before Trump does, Iran’s Khamenei tweets, dubbing the arrangement an ‘American plot’

“There is nothing to offer for Mr. Abbas to accept,” Shaath said, blasting Trump’s proposal as a “crime against the Palestinian people.”

The remains, believed to belong to 12 soldiers, will be removed from the area in…

Saudi Arabia is seeking to raise oil prices at a crucial meeting in Vienna, in…