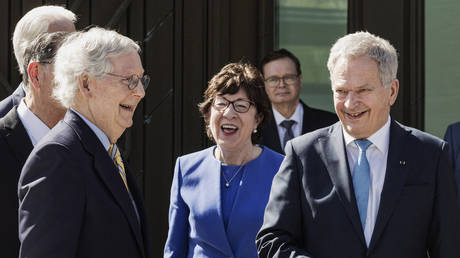 Sweden and Finland’s applications to become members of the US-led NATO military bloc could be ratified by Washington by the summer, Republican Senator Mitch McConnell has said during his tour of the two Nordic nations.

McConnell and a group of fellow Republican lawmakers Susan Collins, John Barrasso and John Cornyn landed in Northern Europe on Sunday – the day when Stockholm and Helsinki officially announced that they’ll be looking to join NATO.

Following talks with Swedish Prime Minister Magdalena Andersson in Stockholm, Senator McConnell insisted that the US was hoping to approve Sweden’s application “before August.”

According to him, other NATO countries could ratify it even faster than the American lawmakers. 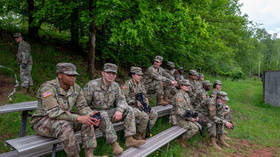 The inclusion of a new nation into the alliance requires consensus from all members states. The bloc currently consists of the US, Canada and 28 European countries.

On Monday, the Republican party delegation traveled to neighboring Finland where McConnel had a meeting with Finnish President Sauli Niinistö, making similar promises that he made in Sweden.

After the talks, the Senator pointed out that “the goal in the US will be to approve that [Finland’s membership of NATO] as rapidly as possible.”

When asked to be more specific by journalists, he clarified that “we hope to do it before the August recess, when Congress typically goes out of session, obviously that would be well before the fall election.”

There is strong “bipartisan support” for Finnish membership in NATO among US lawmakers, McConnel said, suggesting that a vote in favor of it “will be very significant, not unanimous.” (RT)