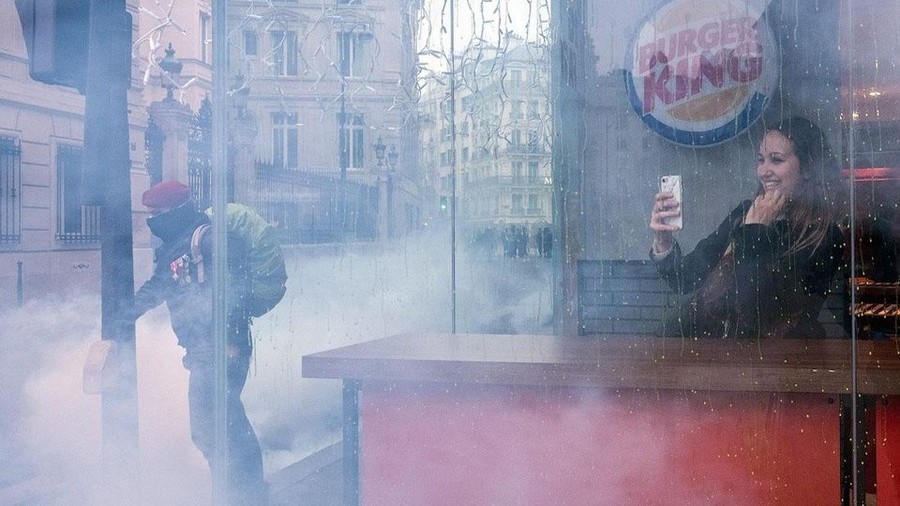 As “urban warfare” grips the streets of Paris a photograph of a woman in a Burger King, who is incongruously grinning from ear to ear while tear gas swirls outside, is being hailed as the perfect encapsulation of modern times.

The French capital has seen a wave of protests, riots and looting in recent days after Yellow Vest demonstrations against tax hikes turned violent.

Also on rt.com ‘Out of touch’: Protesting French people want to be heard – but gov’t does not listen

Major clashes between police and protesters have left hundreds of people injured and led to hundreds of arrests as street violence reaches levels unseen for decades in the European country. 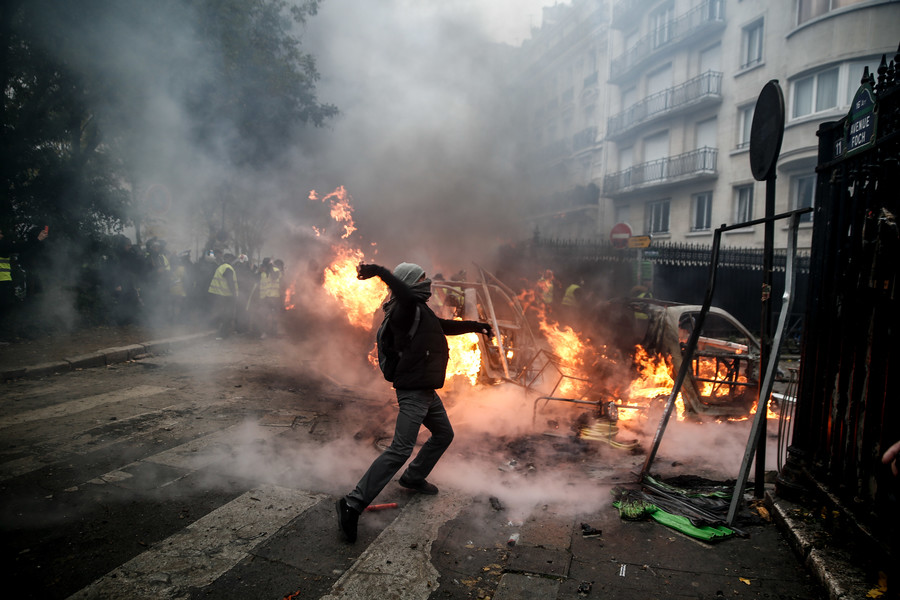 However, all of that appeared to be of little concern to the woman who was snapped happily surveying the scene from inside the fast-food outlet while seemingly taking pictures on her smartphone.

Read more:   Have been in indirect talks with Kim Jong-un says Trump

Clouds of teargas, the masked man, the Burger King signage and the woman’s toothy smile give the striking scene a baroque feel and it has clearly struck a chord with many as the photo garnered more than 120,000 Reddit upvotes and nearly 4,000 comments in one day.

The moment was captured by Russian journalist and photographer Ilya Varlamov. “Rarely does a photo so accurately capture the spirit of an era,” the viral Reddit post reads. 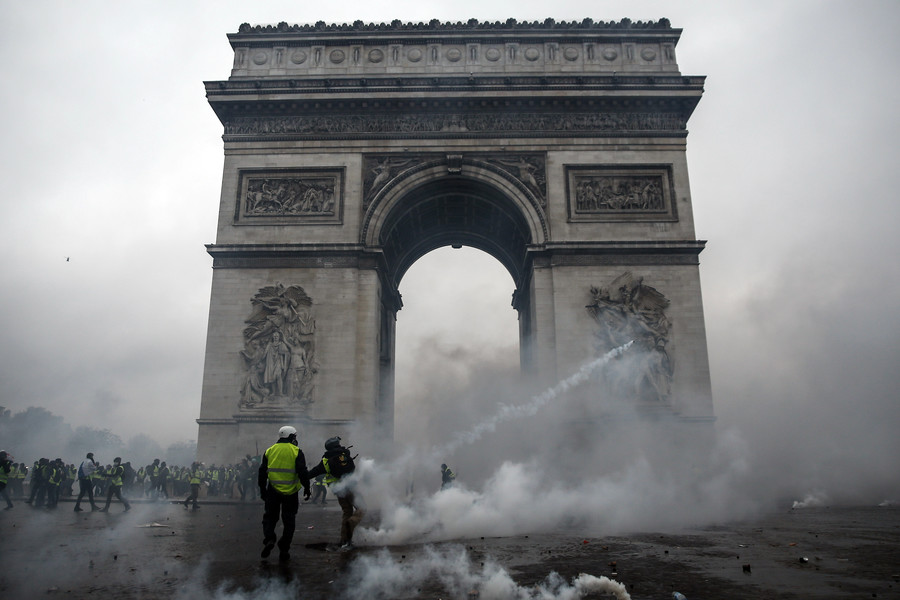 Naturally Redditors took to memeifying the picture and it was quickly incorporated into various pieces of art such as the Banksy self shredding painting and Edward Hopper’s Nighthawks. Elon Musk smoking a joint also got a run out.

Burger King has now been the backdrop for at least two viral incidents during the unrest in Paris. Riot police were also filmed using a considerable amount of force on several Yellow Vests who were in a branch of the restaurant in the French capital.

“The demonstrators obviously forced the entrance, because the Burger King was closed, and the door was damaged when we entered,” a photographer who witnessed the incident said to Liberation. (RT)

Azerbaijan has started conducting serologic tests in the country, Chairman of the Azerbaijani Management Union…

“Strict quarantine regime enables to keep the number of coronavirus cases stable. If we did…

With the decision of the Cabinet of Minister, movement of trains will be suspended on…