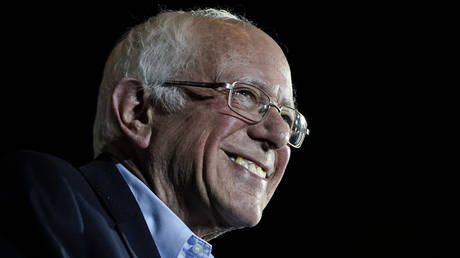 After the first debate between President Donald Trump and challenger Joe Biden was negatively received both on the left and the right, some US voters regretted not having the primary runner-up Bernie Sanders on the stage.

The Tuesday night debate has been described by American media as a “debacle” and even “pure chaos,” due to the candidates talking over each other, name-calling, and seeming to never address the issues.

This prompted a wave of online nostalgia for Vermont Senator Bernie Sanders, the progressive policy-focused Democratic primary candidate, who came close to winning the party’s nomination and being put up against Trump. His exit from the race was seen by many of his supporters as a result of unfair political machination after two other candidates, Senator Amy Klobuchar and former mayor Pete Buttigieg, dropped out on the same day and endorsed Biden just before the major ‘Super Tuesday’ elections day.

Following the hectic Trump/Biden debate this week, Sanders was nationally trending on Twitter. Commenters were saying the democratic socialist Senator “should have been up there,” but voters were now “stuck with bumbling Joe.”

should’ve been Bernie up there. once again. but here we are. again. </3

You all threw Bernie under the bus you should be ashamed. Now we’re stuck with bumbling Joe.

love that “bernie” is trending pic.twitter.com/Yu2asxm46U

Some commenters were saying that Sanders “won” that debate, despite not even participating.

Bernie won another debate he didn’t even participate in