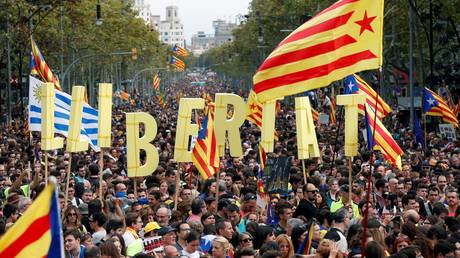 A huge crowd with Catalan flags has paralyzed central Barcelona as people from all across the region protested the harsh prison sentences for pro-independence leaders by the Spanish court and called for parting ways with Madrid.

The exact numbers of protesters is not yet known, but the local media estimated the turnout at “hundreds of thousands.” The unions behind the action earlier said that they were expecting one million to show up. 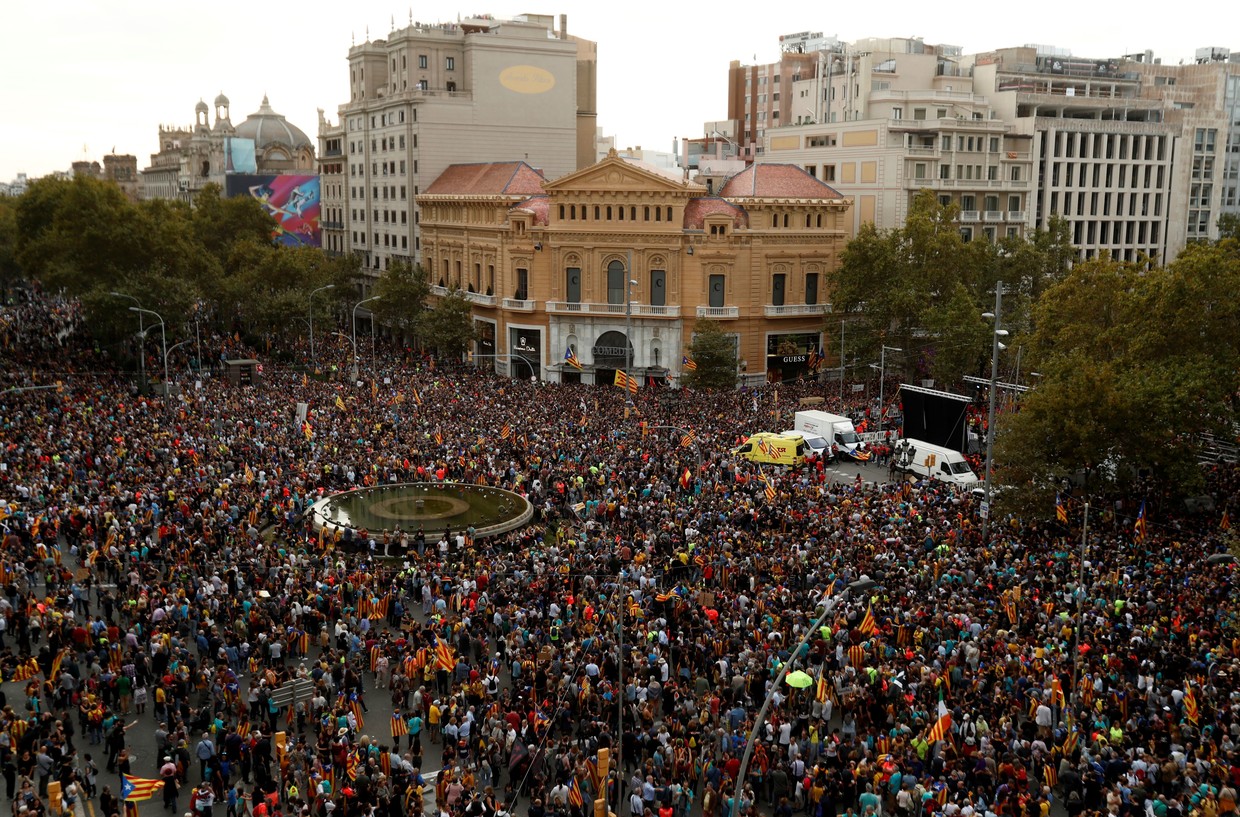 The rally continued more or less peacefully for a few hours, but was eventually marred by more serious violence as some of the protesters started building barricades and setting garbage containers on fire. 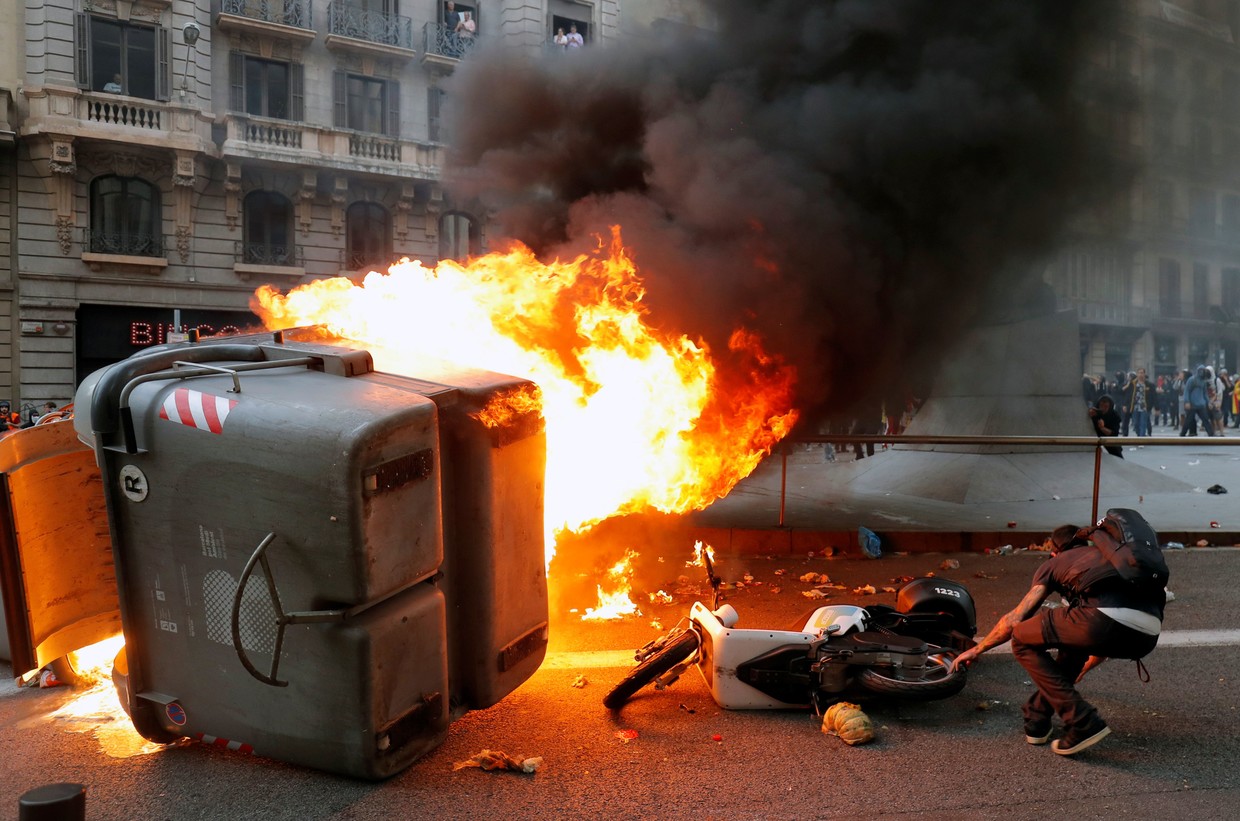 They tossed stones and other foreign objects at the riot police, who were seen firing back – presumably using rubber bullets or other projectiles – and charging at the rioters with batons. 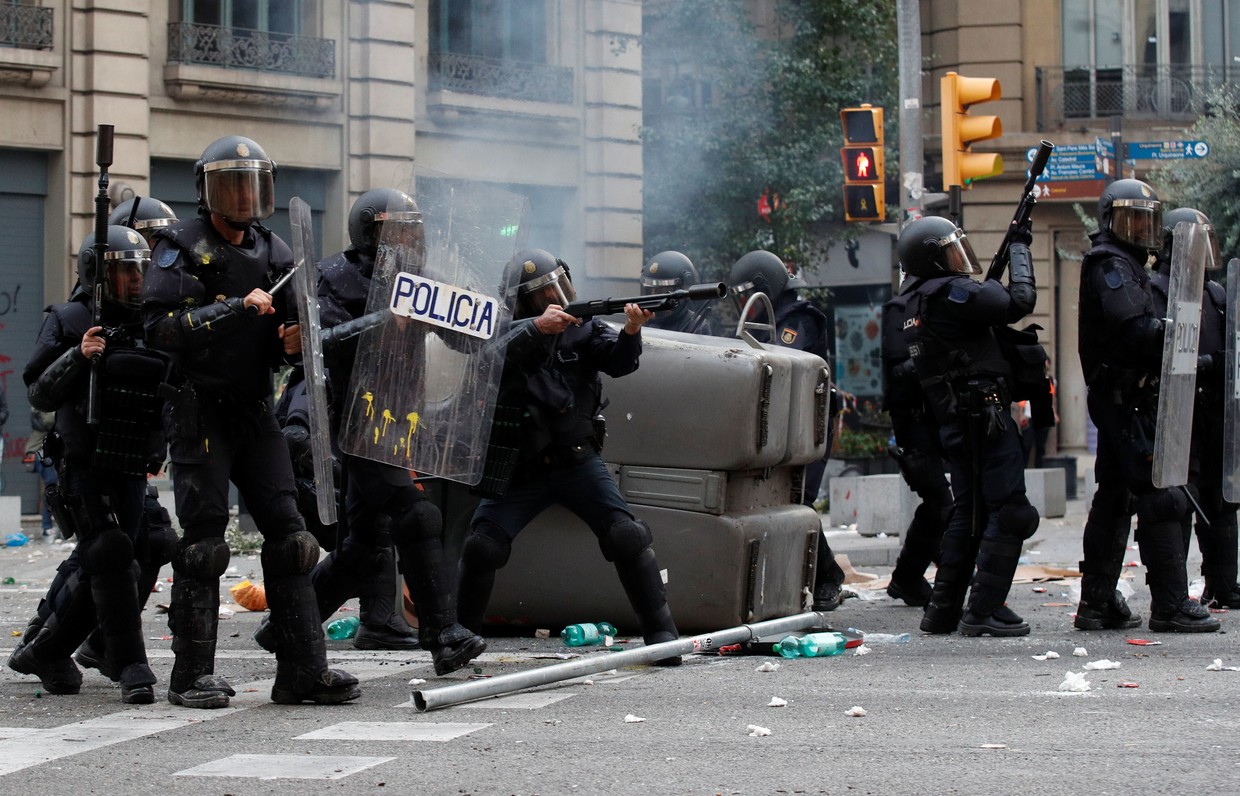 The general strike kicked off in Catalonia’s capital early on Friday, with small businesses not opening and employees of bigger firms and factories skipping work.

The walkout caused the cancellation of almost 60 flights at Barcelona-El Prat Airport as well as the disruption of train operations in some parts of the region. Many more flights were canceled in Barcelona in previous days as the demonstrators made the airport completely inaccessible.

Road traffic was also affected as the protesters blocked roads and highways by setting tires on fire and leaving nails on the asphalt. The AP-7 highway was cut off near the French border, paralyzing the crossing between Spain and France. 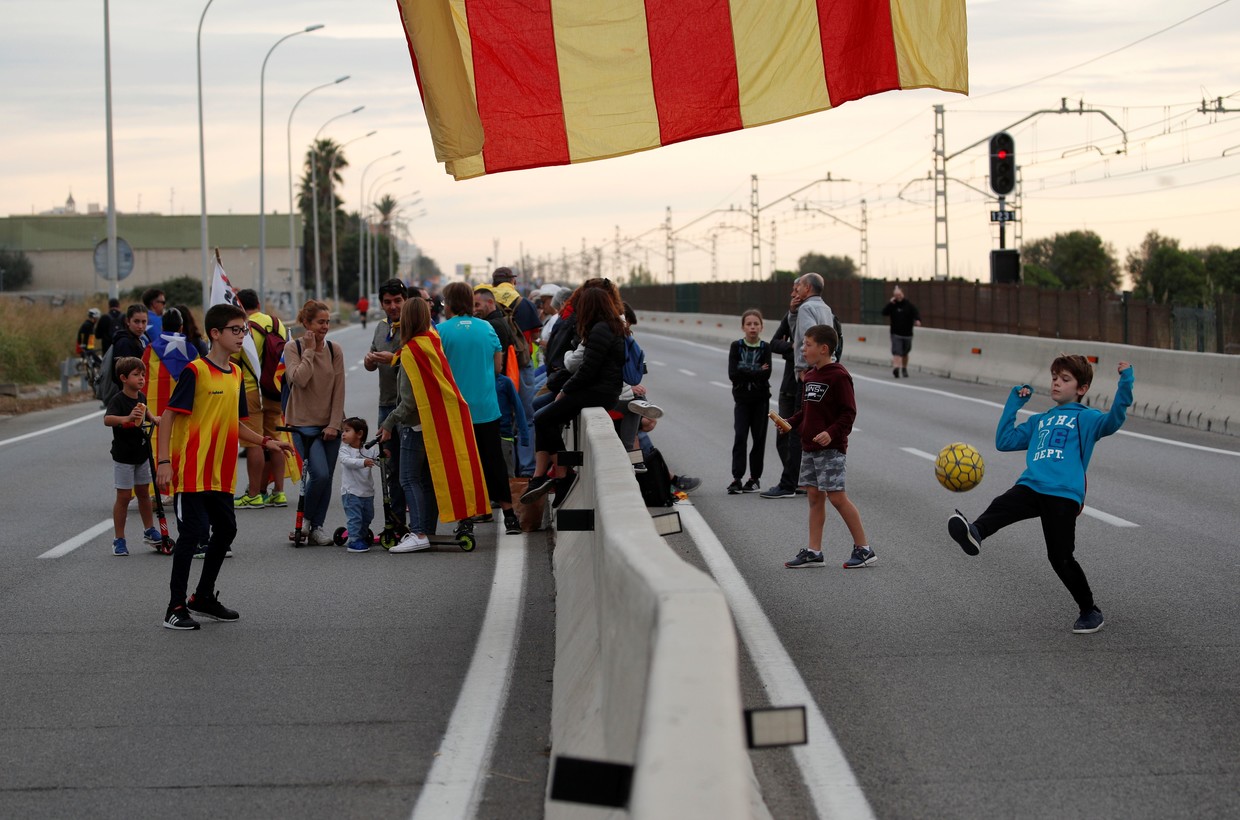 In Girona, farmers drove their tractors across the central streets to the cheers of crowds to show Madrid that they mean business. (RT)