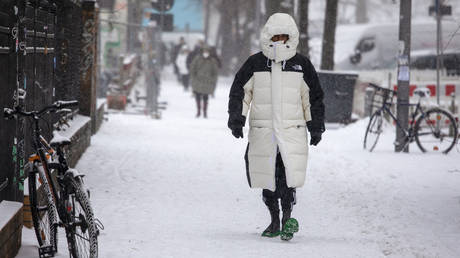 There will also be less wind and rainfall – a setback for alternative power sources – a weather tracker says FILE PHOTO. © David GANNON / AFP

European countries may be about to face a colder than usual winter, the head of the European Centre for Medium-Range Weather Forecasts (ECMWF) predicted on Sunday. This forecast comes as the continent is struggling with an energy crunch spurred by the sanctions the West has slapped on Russia over the Ukraine conflict.

Speaking to the Financial Times, ECMWF Director-General Florence Rabier said that early data suggest that in November and December Western Europe may face a period of high pressure. This, she noted, may bring in colder weather with less wind and rainfall, which may reduce the amount of power generated by renewable power sources.

“If we have this pattern then for the energy it is quite demanding because not only is it a bit colder but also you have less wind for wind power and less precipitation for hydro power,” Rabier told the outlet.

Read more:   Over 5 million ballots be printed for early parliamentary elections in Azerbaijan

The ECMWF chief went on to say that while in the short term Europe may experience milder weather due to the recent hurricanes in the Atlantic, an atmospheric phenomenon called La Nina may bring in colder weather later on. This usually occurs due to periodic cooling of the Pacific Ocean, which triggers ripple effects on weather across the globe and can change wind and precipitation patterns.

Rabier noted that Europe just experienced one of its hottest summers in history. While this proved to be a bonanza for solar power, it also led to a decreased share of wind and hydro power in the EU’s energy mix. 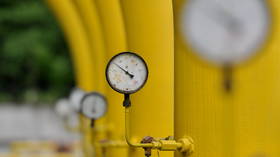 Serbia warns that all of Europe could freeze

Various Western officials and public figures have warned of the desperate situation the EU may find itself in this winter. On Thursday, Microsoft founder Bill Gates claimed that in a few months the continent may face a “very scary situation” as many people could be unable to heat their homes.

In late September, EU Energy Commissioner Kadri Simson also predicted that this winter “will not be easy,” but adding that next winter “will be even more difficult.”

In recent months, Brussels has been reeling from an energy crisis fueled by skyrocketing gas prices due to the sanctions the West imposed on Russia over the Ukraine conflict. To alleviate the situation, the EU approved on Friday a package of emergency measures, including mandatory power savings, a cap on excess market revenues, and a levy to capture surplus corporate profits. Officials have also encouraged consumers to save energy by all available means. (RT)