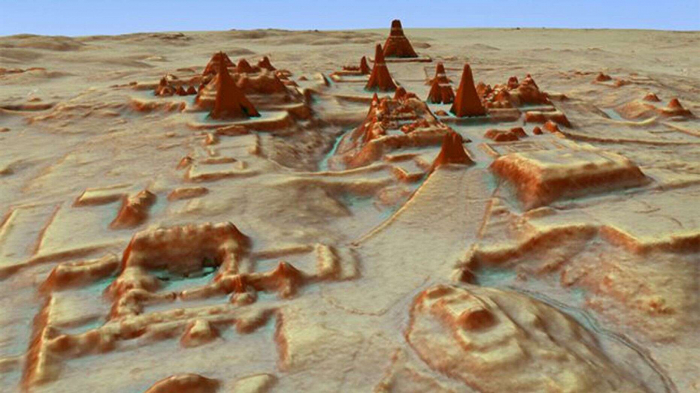 Earth is changing faster than anyone can comprehend. Every day, more forests burn, more glaciers melt and more evidence of the world’s ancient cultures slips away. Change of some kind is, of course, inevitable — but it is happening more quickly and more severely because of the effects of human-caused climate change. And that has some scientists worried: The quicker Earth changes,the less time there is to learn from its past and understand its mysteries, Live Science reports.

Recently, two researchers proposed a way to preserve a record of our planet in its present state: use lasers to create a high-resolution, 3D map of the entire world. It’s now the mission of a new nonprofit project called The Earth Archive, which is spearheaded by archaeologist Chris Fisher and geographer Steve Leisz, both of Colorado State University.

Read more:   Tokyo 2020 Olympics torch-lighting ceremony to be held WITHOUT SPECTATORS due to ongoing coronavirus fears

“The climate crisis threatens to destroy our cultural and ecological patrimony within decades,” Fisher said earlier this year in a TEDx talk. “How can we document everything before it’s too late?”

The answer, Fisher said, is light detection and ranging, or lidar — a method of remote scanning that uses aircraft to shower a landscape with a dense net of laser beams. From this bombardment of light, researchers can create high-resolution, 3D maps of a given area and then digitally edit out foliage and other features that might be concealing hard-to-spot secrets near Earth’s surface.

The technique has become more prominent in archaeological surveys in the past decade, helping researchers uncover lost cities in heavily forested parts of Africa and South America, buried roads in ancient Rome and previously undiscovered cityscapes in Cambodia. In 2007, Fisher was part of a team that used lidar to uncover traces of a lost metropolis in the Honduran rainforest. These scans, Fisher said in his TEDx talk, revealed more details about the city’s ruins in 10 minutes than he and his colleagues could have found in 10 years of research on the ground.

The experience convinced Fisher that scientists need to “scan, scan, scan” to capture the world’s most vulnerable places before they disappear. The Earth Archive’s efforts would focus on scanning the planet’s entire land area, which encompasses about 29% of the planet’s surface, beginning with the most threatened regions, such as the Amazon rainforest and coastal regions at risk of being washed away by rising sea levels. The project would likely take decades, Fisher said, but the resulting snapshot of Earth would be “the ultimate gift to future generations.”

Doing this, of course, will require lots of funding; the project needs about $10 million just to scan most of the Amazon within the next three years, Fisher told The Guardian. That price tag has some other researchers worried about The Earth Archive’s tenability. Mat Disney, a professor in the University College London Department of Geography, told The Guardian that such a project would inevitably draw funding away from other research projects. Even with proper funding, he added, getting permission to fly a research aircraft over restricted airspaces would prove to be a logistical hurdle.

“Who is going to give them permission to fly over Brazil? The Brazilian government aren’t,” Disney said, referring to Brazilian President Jair Bolsonaro’s ongoing efforts to undermine science and open parts of the protected rainforest to commercial interests.