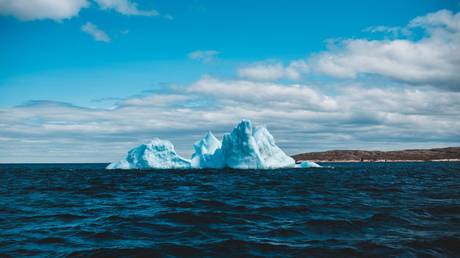 According to the latest research, global warming points of no return for invaluable environmental assets like glaciers and rainforests may have “grace periods” during which humanity can prevent irrevocable loss.

The majority of the climate change debate has focused on the preventative measure of capping temperature rises to below two degrees Celsius above the pre-industrial average.

Now, however, the latest research led by Paul Ritchie and Peter Cox from the School of Engineering, Mathematics and Physical Sciences at Exeter University has explored whether, through extraordinary effort, humanity may row back against the impending climate catastrophe.

These tipping points are the cataclysmic events which would lead to widespread destruction of vast swathes of Earth through flooding, ocean level rise or deforestation among others.

For example, the ice sheets in Greenland and Antarctica if melted would precipitate an estimated ocean level rise of up to 12 meters (40 feet) in parts, completely redrawing coastlines around the world and obliterating many of the most populous cities on Earth, according to current climate models.

Read more:   Can a Biden presidency put an end to Russiagate, or will Democrats continue to wield Neo-McCarthyism to consolidate power?

The Exeter University team explored whether these points of no return may, in fact, be reversible, given the right intervention.

This strategy would rely on techniques such as widespread carbon capture and sequestration – removing and safely storing atmospheric CO2 – or geoengineering, which involves reflecting sunlight back out into space using a combination of surface or space-based mirrors or by dispersing reflective aerosols into the atmosphere.

“Our analysis shows that it is possible to overshoot tipping point thresholds without leading to an abrupt and permanent climate change – as long as the overshoot is for a short period of time,” said Cox, senior author of the study.

Also on rt.com UK wants to lead on climate change and vows to enshrine 78% reduction in emissions into law

The team examined four parts of the climate system: the ice sheets, monsoons, the Amazon basin and the Atlantic Meridional Overturning Circulation (AMOC), the ocean currents which act as heat exchangers for the planet. (RT)