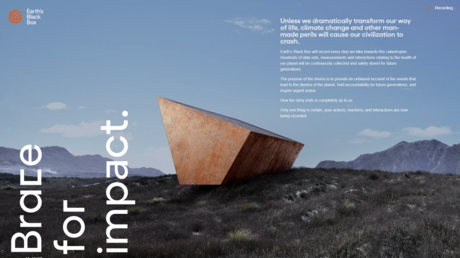 Researchers are constructing a ‘black box’ in Australia, a device that they say is meant to survive climate change disasters and warn future survivors about humanity’s mistakes.

Described as a “tool,” the monolith is being “built to outlive us all” and will be constructed in a remote location on the island of Tasmania, Australian scientists told ABC News.

The box, being constructed by the University of Tasmania researchers and other collaborators, will not actually be ready until the middle of next year, but it’s already begun collecting data. The box’s storage drives, powered by solar panels with backup battery power, wirelessly collect specific measurements, such as land and sea temperatures, CO2 levels, and human energy consumption. Its hard drives also collect and contextualize headlines around major world events, such as the recent COP26 summit in Glasgow. The 10-by-4-meter steel monolith will be placed between the towns of Strahan and Queenstown. (RT)