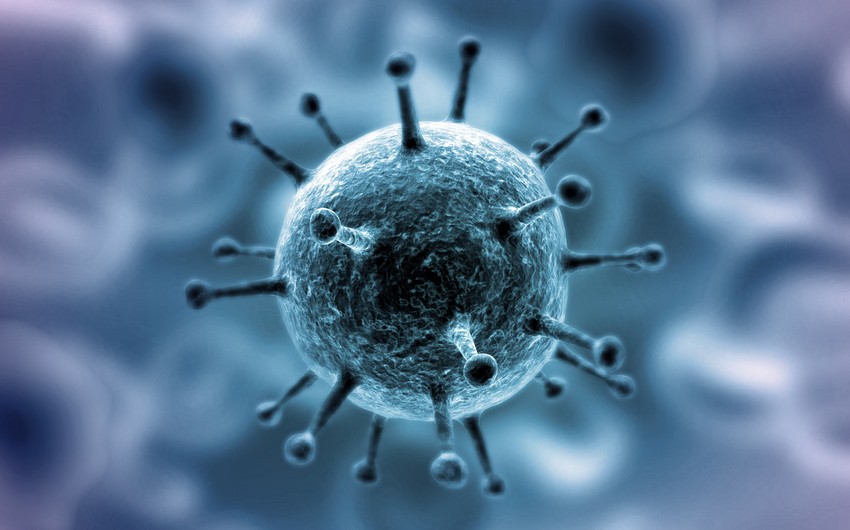 Researchers have found that a natural molecule can effectively block the binding of a subset of human antibodies to SARS-CoV-2. The discovery may help explain why some COVID-19 patients can become severely ill despite having high levels of antibodies against the virus, Report informs referring to EurekAlert.

In their research, published in Science Advances on April 22, teams from the Francis Crick Institute, in collaboration with researchers at Imperial College London, Kings College London and UCL (University College London), found that biliverdin and bilirubin, natural molecules present in the body, can suppress the binding of antibodies to the coronavirus spike.

The scientists discovered that the SARS-CoV-2 spike protein strongly binds to biliverdin, a molecule which was giving these proteins an unusual green coloration.

Working with teams at Imperial College London, UCL and Kings College London, they found that this natural molecule reduced antibody binding to the spike. They used blood sera and antibodies from people who were previously infected with SARS-CoV-2 and found that biliverdin could suppress the binding of human antibodies to the spike by as much as 30-50 percent, with some antibodies becoming ineffective at neutralizing the virus.

Such a significant impact was completely unexpected, as biliverdin only binds to a very small patch on the virus’ surface. To find out the mechanism at work, the team at the Crick used cryo-electron microscopy and X-ray crystallography to look in detail at the interactions between the spike, the antibodies and biliverdin.

They found that biliverdin attaches to the spike N-terminal domain and stabilizes it so that the spike is not able to open up and expose parts of its structure. This means that some antibodies are not able to access their target sites and so cannot bind to and neutralize the virus.