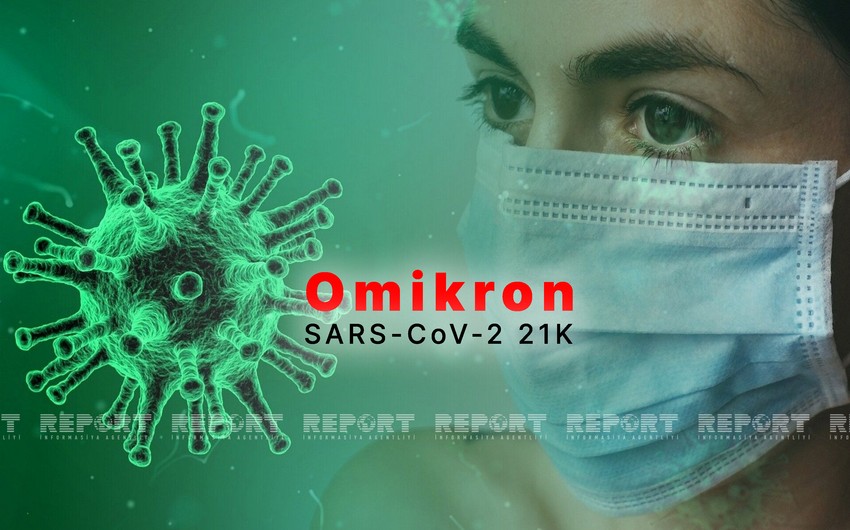 The Omicron strain has over 50 mutations compared to the original coronavirus strain, Report informs, citing RIA Novosti that advisor to the President of the Center for Strategic Research (CSR), Candidate of Biological Sciences Evgeny Tonevitsky opined.

According to him, the presence of such a number of mutations allows the virus to penetrate into the cells of the body faster and reduces the incubation period, and now the virus prefers to multiply in the “upper respiratory tract” rather than in the lungs.

“Having entered the cells of our body, the coronavirus “downloads” its “assembly instructions” and uses the “infrastructure” of our cells to produce its countless copies. Most of the vaccines existing in the world today, created both on the basis of adenoviruses and using RNA (ribonucleic acid), contribute to the formation of antibodies against the S-protein. After binding to antibodies, the activity of the protein is blocked, and the virus cannot enter the cell,” the expert explained.

Read more:   Mevlüt Çavuşoğlu: What has the ceasefire given so far?

“The dominant” omicron “contains more than 50 mutations compared to the original strain, of which more than 30 are in the S-protein (coronavirus), And of these, more than 10 are in the “predator fragment” with which the virus interacts with the “cell -victim”. Moreover, some of the mutations increase the speed and efficiency of the penetration of the virus into the cell, and some of the mutations “hide” the S-protein of “omicron” from antibodies that were formed after the disease or vaccination. Apparently, another part of the mutations is aimed at optimizing production processes and assembly of viral copies after entering the cell,” he explained.