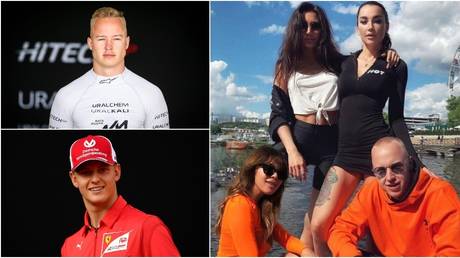 Mick Schumacher, the son of seven-time world champion Michael, will team up with Russian rookie Nikita Mazepin in an all-new line-up for Haas in the 2021 Formula One season.

Schumacher Jr, who is widely regarded as one of the most talented young drivers, is currently leading the F2 championship and, with one race to go, will more than likely take the title.

Mazepin, who sits third in the F2 Championship this season, behind Schumacher and the Brit Callum Ilott, was the first name announced by Haas in their new line-up.

The 21-year-old is the son of a Russian billionaire Dmitry Mazepin, who is expected to become the team’s major investor.

The American team is currently ninth in the constructors’ standings and has chosen to swap experience for youth by betting on rookies who will make their F1 debut next season.

Mazepin has signed a multi-year deal with the team, with some pundits opining that his father’s financial contributions played a crucial role in Haas’s choice.

“I’m delighted that Nikita Mazepin will be driving for Haas F1 Team next season. Nikita has underlined his credentials in Formula 2 this year, with a brace of victories and a handful of podiums in what’s been a strong sophomore season for him,” Haas Team Principal Guenther Steiner said.

“He’s developed into a mature racer moving up through the junior ranks – notably, most recently in the GP3 Series, where he finished runner-up in 2018, and obviously in Formula 2 over the past two seasons,” he added.

Mazepin was born in Moscow in 1999, and has raced single-seaters from the age of 15. He finished second in the 2018 GP3 campaign, before entering F2 competitions.

The young driver will be the fourth Russian to race in F1 after Vitaly Petrov, Sergey Sirotkin, and Daniil Kvyat, and has experience in testing F1 cars.

He tested for Force India in 2016, 2017, and 2018, receiving positive feedback from the team throughout, and drove for Mercedes in an in-season test last year.

His decent performance in F2, along with financial support from his father, paved his way to his F1 debut, which was something he had dreamt of over the years, he revealed.

“Becoming a Formula 1 driver is a lifelong dream come true for me,” said Mazepin. “I really appreciate the trust being put in me by Gene Haas, Guenther Steiner, and the whole of the team. They’re giving a young driver an opportunity and I thank them for that,” he said.

Our construction project of school in Shusha approved -Devlet Bahçeli