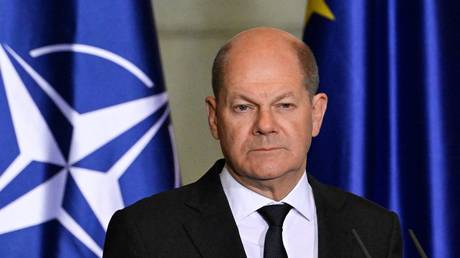 Berlin is seeking to become the guarantor of the continent’s security, the chancellor stated in a piece for Foreign Affairs magazine German Chancellor Olaf Scholz attends a joint press conference with NATO Secretary General Jens Stoltenberg after a meeting at the Chancellery in Berlin on December 1, 2022. © AFP / Tobias SCHWARZ/AFP

With the world undergoing tectonic changes, Germany’s role must be to ensure Europe’s security, Chancellor Olaf Scholz has written in an article for Foreign Affairs magazine. The beginning of Russia’s military offensive in Ukraine marked the end of an era, he states.

Penned by Scholz and published on Monday, the piece begins with the premise that an “epochal tectonic shift” is taking place, with new powers emerging to shape a multipolar world – an observation bearing similarities to recent assessments by Russian President Vladimir Putin.

Germany, Scholz writes, is “doing everything it can to defend and foster an international order based on the principles of the UN Charter.”

As part of this effort, “Germans are intent on becoming the guarantor of European security that our allies expect us to be, a bridge builder within the European Union,” he explains.

According to the chancellor, this is the only way Berlin can “successfully navigate the geopolitical rifts of our time.” 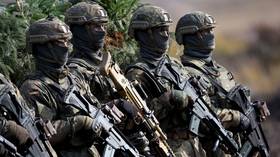 Scholz argues that Germany’s own history gives it a “special responsibility to fight the forces of fascism, authoritarianism, and imperialism.” At the same time, as a nation that was split in half for decades in the 20th century, Germany is well aware of the “risks of a new cold war.”

However, with what Scholz describes as an increasingly “revanchist” and “imperialistic” Russia as its neighbor, Europe now needs a fundamentally different approach toward defense.

For this reason, Germany’s own military strategy now centers on the “threats we and our allies must confront in Europe, most immediately from Russia,” the chancellor states.

“The goal is a Bundeswehr that we and our allies can rely on,” Scholz says. He also renewed his earlier pledge to invest “two percent of our gross domestic product in our defense.”

However, German media claimed on Sunday, citing a report by the Cologne-based German Economic Institute, that the 2% defense spending goal will remain unattainable until 2026.

In the piece, Scholz also praises US President Joe Biden for “building and investing in strong partnerships and alliances across the globe,” but admits a “balanced” transatlantic partnership “also requires that Germany and Europe play active roles.”

Ultimately, NATO’s actions “must not lead to a direct confrontation” with Moscow, he insists, but must “credibly deter further Russian aggression.” (RT)