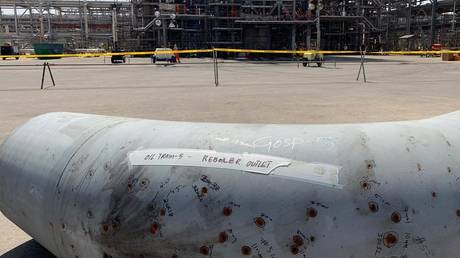 Russia agreed to look into the September aerial attack on the Saudi Aramco oil facilities and will condemn whoever was behind it, but will not take sides in the feud between Riyadh and Tehran, President Vladimir Putin says.

Russia treasures its cordial ties with both Iran and Saudi Arabia, and is equally sensitive to each side’s concerns, Putin told reporters from three Arabic-language broadcasters when asked for his take on the recent strike on Riyadh’s oil processing facilities in Abqaiq.

On the one hand, Moscow maintains “close contacts with the leadership of Saudi Arabia, including the Crown Prince [Mohammad bin Salman],” who asked the Russian leader if his country could help establish crucial facts about the incident. (RT)