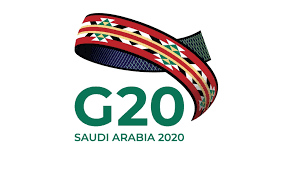 Saudi Arabia hosts the G20 summit Saturday in a first for an Arab nation, but the scaled-down virtual format could limit debate on a resurgent coronavirus pandemic and crippling economic crisis, according to AFP.

The two-day meeting of the world’s wealthiest nations follows a bitter US election disputed by President Donald Trump and comes amid criticism over what campaigners call the group’s inadequate response to the worst recession in decades.

Held under the shadow of a raging pandemic, the summit which is usually an opportunity for one-on-one engagements between world leaders, is reduced to brief online sessions on pressing global issues — from climate change to growing inequality.

Discussions are expected to be dominated by the “implications of the pandemic” and “steps for reviving the global economy”, a source close to the Saudi organisers told AFP.

New vaccine breakthroughs have raised hopes of containing the virus, which has infected 55 million people globally and left 1.3 million dead.

The Paris-based OECD projects global economic output will contract by 4.5 percent this year.

G20 nations have contributed more than $21 billion to combat the pandemic, including production and distribution of vaccines, and injected $11 trillion to “safeguard” the virus-battered world economy, organisers said.

But the group faces mounting pressure to help stave off possible credit defaults across developing nations.