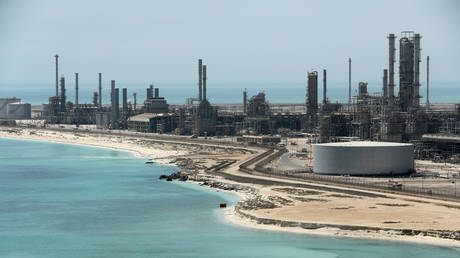 The attacks on Saudi oil facilities that led to the largest ever disruption in oil markets might not last for several months, and therefore, additional supply from the Strategic Petroleum Reserve isn’t necessary.

In reality, spare capacity would be incredibly thin if Abqaiq remains offline for an extended period of time. Bloomberg notes that Saudi Arabia has about 1.67 mb/d of surplus capacity, but some of that would likely need to be processed at Abqaiq, leaving it temporarily unusable. Those details are kept secret.

While a half dozen or so other countries have some additional ability to add production in a pinch (mainly Saudi Arabia’s Gulf State allies), much of the world’s spare capacity is concentrated in Saudi Arabia.

Aside from idled production, strategic petroleum reserves (SPR) could also be thrown onto the market to cover for an outage. The US has the world’s largest SPR, and it has been the linchpin of American energy security strategy for several decades. President Trump said that he authorized the use of the SPR in the event that supply was needed to cover for Abqaiq.

“The Secretary has been briefed on today’s drone attack in Saudi Arabia and stands ready to deploy resources from the Strategic Petroleum Oil Reserves (SPRO) if necessary to offset any disruptions to oil markets as a result of this act of aggression,” DOE Press Secretary, Shaylyn Hynes said in a statement on Saturday.

However, there are problems with the SPR. As Bloomberg reports, the state of the storage facilities that comprise America’s SPR is troubling. A 2016 report from the Department of Energy detailed the decrepit condition at some sites. “A large portion of the SPR’s surface infrastructure has exceeded its design life and is in need of life extension,” DOE said in the report. “This need for infrastructure life extension, coupled with increasing deferments of major maintenance projects, has resulted in an increasing number of significant equipment failures that have adversely impacted the Reserve’s operational readiness capability.”

Also on rt.com The US briefly overtook Saudi Arabia in gross oil exports

“Investing in a second Life Extension project is essential to ensure the long-term integrity of SPR assets and the ability of the program to carry out its mission,” DOE concluded.

Also, the SPR might not be able to withdraw as much oil as it says it can, due to the rerouting of pipelines along the Gulf Coast in recent years, Jason Bordoff of Columbia University told Bloomberg.

Despite those warnings, little has been done. Instead, feeling confident (perhaps overly confident) due to the surge of oil production from shale, the US Congress has deprioritized the SPR over the past half-decade or so. The crash in prices in 2014, and the rapidly growing supply from Texas and North Dakota, greatly influenced the decision to sell off oil stocks from the SPR.

Congress has authorized multiple sales of oil from the reserve, and not for some security concern, as the SPR was intended, but rather for budgetary reasons. Congress decided to liquidate parts of the SPR to raise cash. (RT)