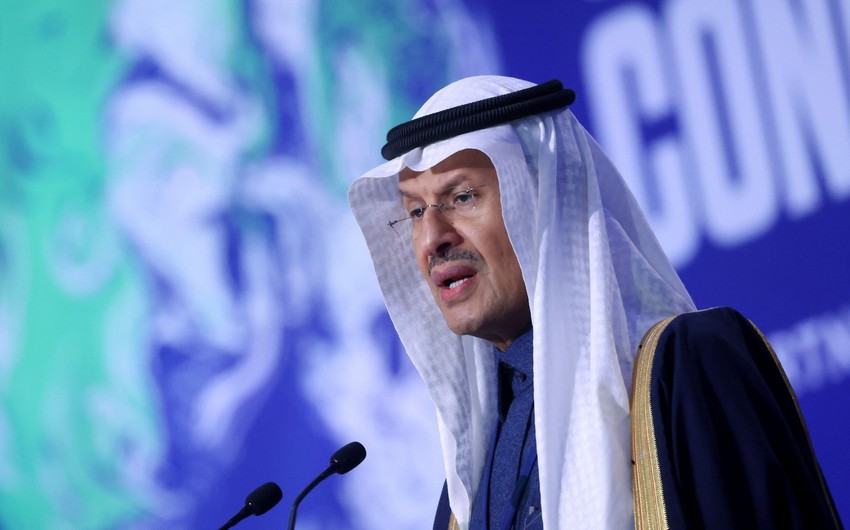 Saudi Energy Minister Prince Abdulaziz bin Salman Al Saud responded to calls from consumers to increase oil production by calling attention to the share of taxes in the price of fuel, Report informs referring to Interfax.

“Look at the percentage growth. May I ask who is doing the job better – OPEC+ or the unregulated markets?” said the minister.

“When have we seen in our lives, at least in my 55-year career, a refining margin of $47 a barrel, 650% above the March level and the five-year average?” he said, noting that the figures indicate a lack of refining capacity in the world and expectations of demand, in particular the demand for fuel in the coming summer period.

He also demonstrated a slide showing the components of fuel cost in the OECD and G7 countries: tax share – 45-48%, oil price share – 37-38%, refining margin – 17%. “I’m asking if it’s time for people to reconsider what they’re doing with taxes if they’re complaining about the high prices of oil and petroleum products” asked the prince.

UAE Energy Minister Mohammed Al Mazroui said the same earlier, noting that “there is something wrong” between oil production and gas station prices, adding that taxes affect the final price of fuel.

Mazrui also said that the OPEC+ countries do not have the opportunity to increase oil production more than consumers ask. “We only account for 40% of global production. What are other producers doing? Are they intensifying investment in production? Why are we not talking about gas projects? Where are other countries with large reserves? Why is no one asking them to increase production?”