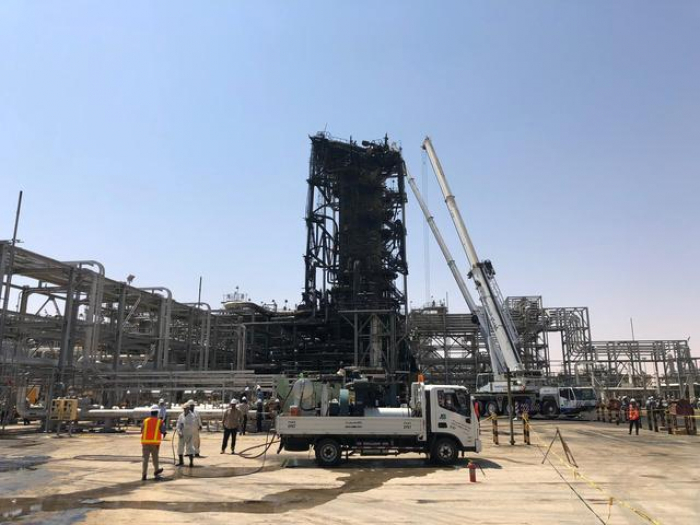 Saudi Aramco is confident full production will resume by the end of September from Khurais, one of two oil sites attacked on Sept. 14, a company executive said on Friday, Reuters report.

Aramco is shipping equipment from the United States and Europe to rebuild the damaged facilities, Fahad Abdulkarim, Aramco’s general manager for the southern area oil operation, told reporters on a tour organized by the state company.

“We are confident we are going back to the full production we were at before the attack (on Khurais) by the end of September,” Abdulkarim said.

Two other oil-gas separation units were also hit and the piping network was riddled with hundreds of holes.

The Saudi defense ministry said on Wednesday that the Khurais facility was hit by four missiles.

It said 18 drones and three missiles were launched at the other site, Abqaiq, the world’s largest oil processing facility. The missiles targeting Abqaiq fell short, the ministry said.

Yemen’s Houthi group claimed responsibility for the attacks but a U.S. official said they originated from southwestern Iran.

Tehran, which support the Houthis, has denied any involvement in the attacks.

Khurais produced 1.2 million barrels per day before the attack. The attacks reduced nearly halved the kingdom’s output, shutting down 5.7 million bpd in production.